A Fresh Face And A Brand New Opportunity!

“The election of President Donald Trump was an awakening for our country and really was a catalyst for me throwing my hat into this race,” Merrill said. “I am from rural Somerset County where I live and work as a farmer and small business owner. I know my friends and neighbors are proud that we finally have a voice in the White House. I want to give them a voice in Congress.

“I am running for Congress because, I want to be the voice for rural Pennsylvanians. We also need more individuals who are willing to stand up and fight for President Trump and his America First agenda. Too often career politicians in Congress, Republicans and Democrats, are more interested in buddying up to the special interests and finding problems and less concerned with delivering results for hardworking American families. In Congress, I will fight for conservative results and ensure the people of the 9th Congressional District have a Congressman who will represent our strong rural family values.” 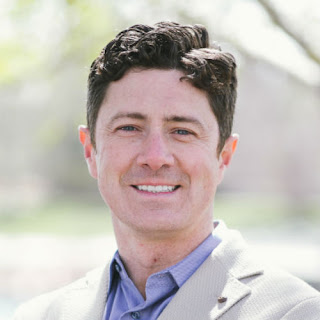 Max has worked on county, state, and now federal agricultural issues and has a deep understanding of the many layers of policy and politics and how it can affect farmers, miners, and business owners. He has built and led stakeholder groups and designed strategies to quickly combat regulatory problems for small business before they transpire.

Max went to Mercersburg where he was captain of the golf team and chapel usher. He attended North Carolina State University and Vermont Law School before returning home.

Max added, “Attending a liberal law school didn’t dissuade me from expressing my strong conservative values and principles. My professors gave me the nickname Scalia.”

Max has educational and experiential background in agricultural issues and work as a cartographer and wetland scientist, as well as an established track record working with regulatory and legislative leaders in Washington D.C. Max has had a job ever since his first paper route at age 10 and thus he understands the dignity of work.

Max has a deep love for land and wildlife which extends to his personal life, where on his family farm in Somerset County you can catch him pounding in more fence posts, restoring wetlands, reclaiming old fields, feeding bison or training his bird dogs.
Posted by Dan Cirucci at 5:33 PM