The fifteen members of the New Jersey State Senate Republican caucus sent the following letter (click here for PDF) to Governor Phil Murphy calling for more support for small businesses that are struggling to survive under the continued restrictions of his executive orders. 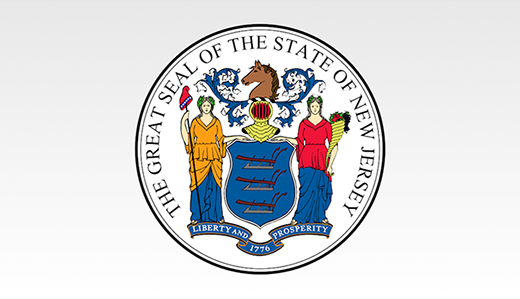 The 15 members of the Senate Republican caucus called on Gov. Phil Murphy to improve support for small businesses that are struggling to survive under the continued restrictions of his executive orders. (SenateNJ.com)
The full text of the letter is below:
June 19, 2020
Dear Governor Murphy,
Our caucus has written to you multiple times without response to express our serious concern that your executive orders have caused unnecessary harm to the New Jersey economy, small businesses, and families across the Garden State.
Your actions to reopen New Jersey have been shockingly slow, completely inconsistent, and totally arbitrary. As a result, tens of thousands of employers and their employees have struggled to survive. Sadly, news reports that cherished local establishments in many communities will never reopen have become all too common. It didn’t have to be this way.
On March 16th, the same day Executive Order 104 was signed shutting down most of the New Jersey economy, the Legislature introduced a bill (S-2284/A-3845) allowing the New Jersey Economic Development Authority (EDA) to make emergency grants and loans to small businesses impacted by COVID-19. Both houses of the Legislature passed the bill within three days, and it was signed into law soon thereafter. On March 27th, President Trump signed the CARES Act into law, which appropriated $2.4 billion to the State of New Jersey, in part, to support small businesses impacted by COVID-19.
Despite the allocation of billions in federal funds and legislative authorization to spend it, your administration made just $5 million in grants available to small businesses from the EDA’s spare balances. None of the federal funds were put to use. As a result, the grant program was oversubscribed within minutes of the application process opening on the morning of April 3rd, leaving many struggling businesses with none of the support they needed.
For all of April and most of May, your administration fought efforts to allocate even a small portion of the $2.4 billion of federal funds New Jersey received to help our employers survive your lockdown orders. Even worse, you threatened to return that federal aid unless you were given authorization to use those funds to cover the State’s revenue losses and pay for spending priorities unrelated to COVID-19, which was clearly prohibited by federal law. Throughout that time, Republican legislators, trade associations, and individual businesses called for your administration to put the federal funds to use for their intended and authorized purposes.
Realizing that you would not act unprompted, bipartisan legislation (S-2371/A-3959) was introduced on April 14th and passed by both houses of the Legislature on May 14th appropriating $100 million to the EDA to establish a no-interest loan program to support hospitality businesses, including restaurants, that have been among the hardest hit by your executive orders. Inexplicably, this legislation has sat unsigned on your desk for more than a month.
Instead, under substantial pressure, you finally announced on May 25th that $50 million of the $2.4 billion of federal CARES Act funds received by New Jersey would be allocated to support the needs of small businesses. That amount, half of what the Legislature approved, is underwhelming. Despite all the federal resources that have been made available, the State has awarded grants through the EDA that amount to a fraction of what New Jersey’s small employers require.
While your administration sits on more than $1 billion of unspent federal funds, our small businesses continue to incur substantial costs, including rent, insurance, and utilities. Even as more small businesses have been allowed to reopen, their capacity and potential revenue streams continue to be severely impacted by the many limitations and restrictions of your executive orders that remain in effect. Many businesses, including gyms and health clubs, remain closed completely with no revenue at all to support their recurring expenses. As a result, more are going out of business permanently each and every day.
To prevent additional losses, we believe it is critical that you sign S-2371/A-3959 into law immediately. We further encourage you to allocate additional funding from the unspent balance of CARES Act aid received by the State to support the many needs of businesses that have sustained unprecedented disruptions due to this crisis.
We note that this money is not just to keep businesses from closing. It can be used to fund the purchase of protective equipment and other upgrades that are necessary to keep both customers and workers safe once a business reopens. Additionally, these funds would help employers to rehire more of the 1 million New Jersey workers who lost their jobs when their businesses were forced to shut down. That would help relieve the continuing challenges faced by the New Jersey Department of Labor in processing unemployment claims.
Further, we recommend that the State conduct a meaningful advertising and public relations campaign to let more businesses know when assistance is available, as occurred after Superstorm Sandy. While members of trade associations and business groups and those who have established relationships with the administration or EDA are likely to learn when grant and loan programs are available, many mom-and-pop shops often remain in the dark. Our Main Street businesses deserve the opportunity to apply for assistance that may be critical to their survival.
We urge the administration to take these steps quickly to limit additional unnecessary damage to New Jersey families and their employers.
Sincerely,
Thomas Kean
Leader
Steven Oroho
Budget Officer
Kristin Corrado
Conference Leader
Joe Pennacchio
Whip
Robert Singer
Deputy Leader
Chris Brown
Deputy Conference Leader
Kip Bateman
Deputy Whip
Anthony M. Bucco
Senator – District 25
Gerald Cardinale
Senator – District 39
Christopher Connors
Senator – District 9
Michael Doherty
Senator – District 23
James Holzapfel
Senator – District 10
Declan O’Scanlon
Senator – District 13
Michael Testa
Senator – District 1
Samuel Thompson
Senator – District 12
Posted by Dan Cirucci at 4:13 PM