An Open Letter To A Villanova University Professor 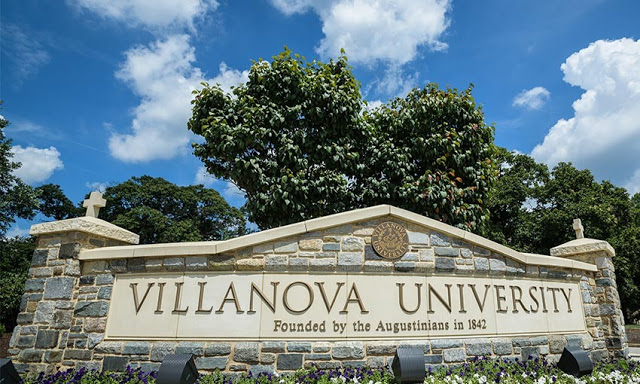 Aa a Villanova graduate, I find your July 3rd op-ed in the Washington Post deeply troubling.

Not because it successfully indicts the United States, but because it doesn't. And in so doing, it fails so embarrassingly that it reflects poorly on academia in general and on Villanova in particular.

Not only do you brazenly attempt to visit the sins of the mother country on her rebellious offspring, but you also attempt to poison the present with a prejudiced presentation of selected misdeeds from the past.

For a history professor to stand athwart the centuries and attempt to engage in such scholastic gymnastics is, to say the least, an acrobatic feat that defies credulity.

The word "imperial" is defined as "befitting or suggestive of an empire or an emperor of or relating to the United Kingdom as distinguished from the constituent parts." In other words, the British Empire, which historians chart from as early as the 1400s (or at least from the 1600s) all the way to the mid 1900s. To compare the multi-century sweep of that imperious reign to the experience of the United States is nothing less than outrageous.

The United States of America has no monarch and never did. Great Britain did, and still does. America did not conquer India, nor did we ever attempt to rule over it. Likewise, we did not build a worldwide empire in the manner of Britannia nor did our break with the mother country necessarily fuel Britain’s further colonial adventures.

And while the Philippine-American War may not have been our finest hour, were it not for the United States, the Philippines might be ruled by the Japanese today instead of being its own republic.

America won World War I and emerged as a world power. Though we vanquished the Kaiser and his allies (Austria-Hungary, Bulgaria and the Ottoman Empire) we did not attempt to take over those countries.

Once again, we triumphed in World War II. But we sought no empire for ourselves and today Germany, Japan, Italy and the nations they conquered are free. We not only rebuilt Europe after the war but we vanquished the Soviet Union and hastened the reunification of a free Germany.

As President Reagan once rightly noted we sought no land for ourselves other than a place to bury our war dead. For you to brush all this aside to fit your view of today's circumstances is nothing less than unconscionable.

Having read your op-ed, I hate to imagine what sort of theories you're attempting to advance in your classes or what's really going on at the Albert Lepage Center for History in the Public Interest at Villanova.

If this is what Villanova thinks advances the "public interest," then those of us who proudly call ourselves Villanovans are going to have to step forward and demand to be heard, beginning right now.

Daniel A. Cirucci
Posted by Dan Cirucci at 8:03 PM