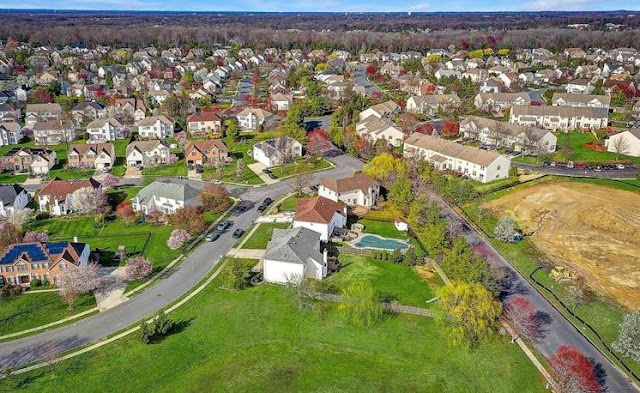 How did Cherry Hill become the veritable capital of South Jersey?
Well, over the course of five decades it grew at such an accelerated pace that its emergence, as breathtaking as it was, seemed almost inevitable. But it wasn't just an accident or coincidence. Critical factors propelled it to its rapid and undisputed prominence. And, if you step back, you will find five keys to its phenomenal success:

1) Location, location, location.
That familiar real estate adage holds true once again. Cherry Hill's strategic location in the shadow of Philadelphia and at the convergence of four major highways (Routes 38, 70, 295 and the NJ Turnpike) makes it a natural hot spot. Its compact 24 square miles place it just about eight miles from center city Philadelphia. This proximity has attracted more than 70,000 residents but the town still has a remarkably low population density.

2) The name itself.
Changing the town's name to "Cherry Hill" in 1961 acted as a magic wand. There was no significant hill of note and cherries were nowhere in evidence, but it didn't matter. The name was easily recognizable and conjured up visions of a gracious, luxury inn and one of the nation's first indoor shopping malls. People wanted a Cherry Hill address and the town soon became nationally known.

3) The schools.
From the start, Cherry Hill gained a reputation for a top-notch education system and great schools. The schools were new and up-to-the-minute and the town attracted the best teachers and administrators.  People moved to Cherry Hill for the schools and felt the fine school system added to the value of their homes. The residents supported education excellence and approved expansion of the school system to maintain this important selling point.

4) The civic associations.
From the start, a network of neighborhood civic associations brought the town a sense of awareness and civic pride that helped it navigate through tumultuous periods of growth. These very active associations produced a wide assortment of neighborhood-centered activists, some of who became government leaders themselves while others remained vital watchdogs and gadflies. In the process, Cherry Hill's patchwork quilt of housing development became real neighborhoods that built a sense of community.

5) A welcoming spirit.
When nearly everyone is new there are few preconceptions and an open-door spirit more readily takes hold. Consequently, unlike more settled nearby suburban towns, Cherry Hill was remarkably welcoming to newcomers from the get-go. And its emergence dovetailed with the enactment of state and federal legislation that prohibited housing discrimination in any event. Today, Cherry Hill is one of South Jersey's most diverse communities providing housing for nearly every income level and serving as home to an increasingly multi-racial, multi-cultural citizenry.

Cherry Hill has long since lost its luster of newness and the name may not convey the magic it once did. The Cherry Hill Inn is gone and indoor shopping malls are facing a challenging environment. Also, globalization and social media may have actually diluted home rule and a sense of neighborhood identity. Beyond all that, honest civic engagement and a spirit of healthy dissent are harder to come by amidst entrenched one-party rule.
But the town's premiere assets are still intact: an aware, intelligent citizenry; an ideal location; good schools; a largely accepting, welcoming spirit and a nice balance of housing, commerce and open space with every convenience imaginable. These are advantages to treasure and nurture!