Trump Trailing Badly? Well, NO! Not Any More! 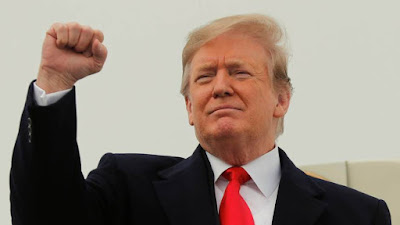 Things are looking up for the Trump campaign today.
The latest Rasmussen daily tracking poll has President Trump's approval rating at 48%. That's one of Trump's highest ratings so far and it's the same number that was scored by Barack Obama at this point in the race when he sought re-election in 2012. Remember, Obama won that one handily over Mitt Romney.
But it gets better. In Rasmussen's weekly head-to-head matchup, President Trump has jumped back into the race and now trails Joe Biden by just three points. That's practically within the margin of error and makes this a veritable dead heat.
The Rasmussen Reports national telephone and online survey finds Biden earning 47% support among likely U.S. voters to Trump’s 44%. Five percent (5%) prefer some other candidate. Four percent (4%) are undecided. (To see survey question wording, click here.)
It's hard to believe, but a week ago,  Biden held a 10-point lead over Trump – 50% to 40%. Could it be that Biden has already peaked? We dare not allow ourselves to be so confident, but we're heartened by these latest figures nonetheless.
And remember: this is a poll of likely voters, not registered voters. Likely voters is always a more accurate poll. Beware of other polls which survey registered voters or "all voters."
This new Rasmussen survey finds Trump with an impressive 79% of the Republican vote. Biden has the support of 76% of Democrats. Among voters not affiliated with either major party, it’s Biden 44%, Trump 38%. That may not sound so good but it's a marked improvement among independents. A week ago, Biden had a 12-point lead among independents.
The survey of 1,500 Likely Voters was conducted July 8-9 and 12-14, 2020 by Rasmussen Reports. The margin of sampling error is +/- 2 percentage points with a 95% level of confidence.  See methodology.
Bottom line: There's still much work to be done, Trumpsters. Don't even think about being over-confident. But keep the faith, because Rasmussen was one of only two or three polls (out of hundreds) that got it right last time. So, this is really big news!