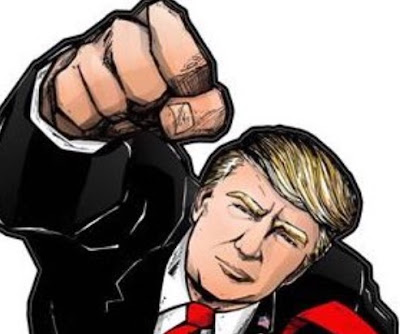 Do you believe the polls (or the "average of polls") that show Biden leading President Trump by eight, nine, 10, 12 or even 14 points? Do you?
If you do, you're falling into the same treacherous trap so many fell into last time around. Remember: at this point in 2016 many polls showed Hillary Clinton with a 12 point lead over Donald Trump. Those polls were wrong, wrong, wrong!
Why did they get it so wrong? For one thing, they over-sampled Democrats. For another, they surveyed registered voters instead of likely voters. So, that started with an ill-conceived and biased base. Beware of such polls -- especially polls sponsored academic institutions (such as Monmouth University and Quinnipiac University) that are there mostly to promote the university. We all know that academia is also hugely biased!
Only three polls (out of dozens of samplings) got it right last time. One of these was the widely-respected Rasmussen Poll. Rasmussen has an excellent track record and Rasmussen samples likely voters and starts with a base that more closely resembles the actual electorate.
What does the Rasmussen Poll show today? It shows the race to be a tossup!
You heard that right. President Trump and likely Democratic nominee Joe Biden are now running neck-and-neck in Rasmussen Reports’ latest weekly White House Watch survey.
The latest national telephone and online survey finds Biden at 47% support among Likely U.S. Voters again this week to Trump’s 45%. Five percent (5%) prefer some other candidate. Four percent (4%) are undecided. (To see survey question wording, click here.)
A week ago, Biden held a 47% to 44% advantage after leading Trump by 10 points – 50% to 40% in a prior survey.
The new survey finds Trump with an incredible 81% of the Republican vote. That mans that Trump's base of core support remains very strong. It has not wavered! Biden has the support of 74% of Democrats. And while Biden continues to lead among voters not affiliated with either major party: (Biden 47%, Trump 36%)  a full 17% of unaffiliated voters like another candidate or are undecided. Those votes could easily switch to Trump as the election draws near.
Rasmussen will send you a free daily e-mail update. If it's in the news, it's in Rasmussen polls). Rasmussen Reports updates are also available on Twitter or Facebook.
The survey of 2,500 Likely Voters was conducted July 15-16 and 19-21, 2020 by Rasmussen Reports. The margin of sampling error is +/- 2 percentage points with a 95% level of confidence. Field work for all Rasmussen Reports surveys is conducted by Pulse Opinion Research, LLC. See methodology
Posted by Dan Cirucci at 1:55 PM