New Jersey Has A New Historic Site And Museum! 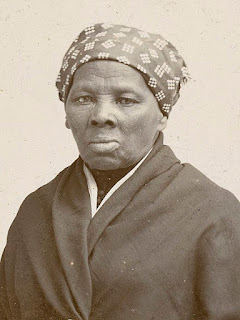 The historic Howell House on Lafayette Street in Cape May is now officially recognized as the Harriet Tubman Museum in New Jersey.

“Harriet Tubman was fiercely committed to equality for all people, black or white, male or female,” said Testa. “Through her tireless persistence, this determined woman helped bring about two historic society advancements that changed American society forever – she personally helped lead dozens of southern slaves to freedom in the north, and she was instrumental in the women’s suffrage movement.”

Tubman herself escaped from slavery, and later risked her life to free other slaves. She served as a cook, nurse and armed scout for the Union Army during the Civil War.

“This is a fitting tribute,” said Testa. “The Harriet Tubman story should be available to all, and anchoring the state’s museum in Cape May will help ensure her contributions are never forgotten.”

Tubman briefly made her home in Cape May, working in hotels and clubs to earn money for her heroic rescue missions to the south. More than a dozen dangerous trips resulted in freedom for many former slaves.

“We are blessed to see the day where we can honor a true American hero right here in our back yard,” Assemblyman McClellan said. “Harriet Tubman’s footprint on our community is everlasting. Our neighbors came together with a wonderful idea to honor Harriet’s memory and pass down her legacy for local students to learn the impacts of slavery and the importance of equality.”

When he was mayor of Lower Township, Testa and McClellan’s district mate Assemblyman Erik Simonsen spoke on behalf of the museum project to ensure the community was able to receive bonds for the renovation project.

“This historic property honors Harriet Tubman’s role as an abolitionist who saved approximately 70 individuals from the hands of slavery,” Simonsen said. “I am beyond proud of the hard work our community has done to renovate the Howell House. This will be a historic milestone for our legislative district.”

The Howell House, built in 1850, is one of the senior structures in the seaside town known for its historic and distinctive buildings. The museum is located at 632 Lafayette Street, “on a block that anti-slavery activists called home in Cape May,” according to HarrietTubmanMuseum.org. “Lafayette Street and Franklin Street became a center of abolitionist activity centered around three important buildings developed in 1846.”

The home was owned by Joseph Howell, a Quaker from Philadelphia, and willed to the historic Macedonia Baptist Church.