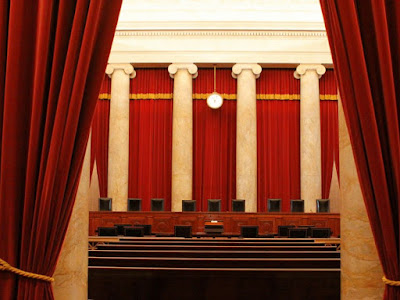 There's so much misinformation surrounding the nomination and confirmation of United States Supreme Court nominees and the history of these events that he time has come for some genuine clarification. So, here goes:Bottom line: With the presidency and the Senate controlled by the same party there should be no impediment to the proper and expedient nomination of a Supreme Court justice and vote on confirmation. Clear, objective criteria should be followed in considering and evaluating the nominee in an open, deliberative, responsible, civil manner devoid of all extraneous and irrelevant considerations. Indeed, President Trump now has a responsibility to nominate and the Senate has a similar duty to act on the nomination.
Posted by Dan Cirucci at 3:13 PM