Was Kenosha The Critical Turning Point? 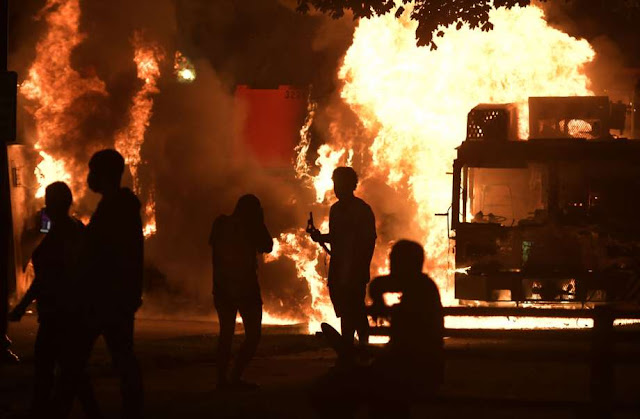 When the history of the 2020 presidential campaign is written many moments may be cited as key turning points in the battle for the White House.
But in the end, it may all come down to one word and one place: Kenosha.
Does that surprise you? It shouldn't.
Because the minute that Americans heard that Kenosha, Wisconsin was under siege by a violent mob, things changed. Riots in Philadelphia, Washington, Atlanta and Los Angeles are one thing. But Kenosha, a midwestern hamlet of fewer than 100,000? That's quite another! And those riots and fires did more than $11 million in damage. The images from Kenosha were literally and figuratively searing.
People heard "Kenosha" and it sort of sounded like Sandusky or Peoria or Dubuque. And they figured: "My goodness, if it happened there, it can happen here -- in my town!"
Kenosha sent shock waves through the country. And it also struck terror into the hearts of a key electoral segment: suburban voters, particularly women. Kenosha may well have been a sort of wake up call.
President Trump seized upon all this and finally got Wisconsin Governor Tony Evers to agree to accept help in the form of federal troops. Soon after that, things began to calm down. Another dramatic moment and key success for the president.
But the images of Kenosha linger. And this was brought home with Trump's dramatic visit to the devastated areas of Kenosha and his meetings with law enforcement and local shop owners and businesspeople.
No doubt about it, Kenosha was and still is a flashpoint.
Will it prove to be a turning point as well? It certainly put the law and order issue front and center. And that plays to Trump's advantage. Stay tuned! 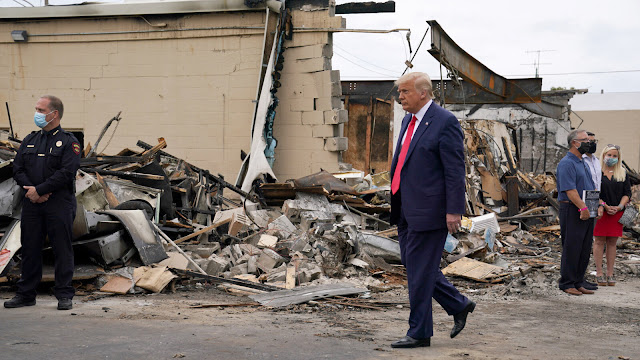