Understanding Trump: His Loves -- And Hates! 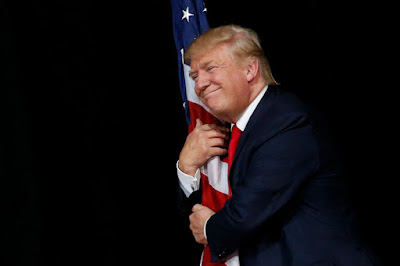 Some people claim to have a hard time understanding President Donald Trump.
They scratch their heads and wonder exactly what he's up to.
They say he confounds them, irritates them, aggravates them, even infuriates them. And in the process, these people make things a lot more complicated than they really are. But then again, these same people always seem to complicate things -- just the way they've needlessly complicated right and wrong throughout our society. Complicating: it's sort of a specialty with them.
In truth, understanding President Trump involves little more than getting a handle on his likes and dislikes -- his basic loves and hates. This is a president like no other. This man is very real, very open and his passions are there for all to see.
So, by way of understanding, here goes:
President Trump is the purveyor of a uniquely American brand of tough love. He's shrewd, instinctive, curious, wide-ranging and resolute in all that matters.


Trump loves America, our democracy, our  brave defenders and first responders, our proud flag, our rich history, and — above all — ordinary, everyday, hard-working American men and women of every race, religion, creed, persuasion and sexual orientation.
He loves them all and he unflinchingly encourages and expects the best from them.
Posted by Dan Cirucci at 8:25 PM