Five Things We Now Know For Sure

You can't be sure of many things. especially these days. But here are five things (in no particular order) we can now be reasonably sure of: 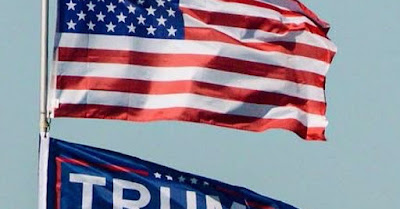 1) It was never really about public health.
Inasmuch as thousands of senior citizens died in nursing homes because of warehousing policies enacted by Democrat governors, you have to wonder if saving lives (or even public health) was ever really the top priority. Instead, just about all of the measures that have been taken, and continue to be taken, are about not overwhelming an inadequate health care system. We simply weren't prepared for this. And especially unprepared were all the Democrat Big Staters who think bigger s better and government can do no wrong. They fail because they rule imperiously instead of governing wisely.
2) Trumpism is alive and well.
If anything, the recent MAGA March of Washington showed us once again that President Trump's populist message continues to resonate with the nearly 74 million Americans who voted for him. And this is a Very Big Army. Trump’s vote total of 73,878,907 is the most ever for a Republican candidate, as well as the most for any president in history! This is a movement to be reckoned with and those establishment Republicans who choose to ignore it do so at their own peril.
3) Project Warp Speed worked!
The vaccines are just about ready and they're clicking in at about exactly the right time -- which is what President Trump foresaw when he launched the race for a vaccine months ago. Again and again he targeted the end of the year and he got it right. Trump's public prodding of the private sector triumphed!
4) We ARE experiencing a "V-shaped" recovery.
Just look at the performance of the stock market today. Go into and shopping center and take a look at the traffic that's being generated and the buying that's going on. Look at the real estate market or any other key economic indicator. We're experiencing a very strong economy that's dramatically on the upswing. President Trump's policies brought this about. Biden and Harris had absolutely nothing to do with it!
5) Faith in our electoral system is at an all-time low.
About three-fourths of Republicans seriously doubt that Biden actually won the election. Even about a third of Democrats harbor similar doubts. And nearly half of all eligible voters remain suspicious. So said a recent Rasmussen survey. People can see thatchings don't compute -- they just don't add up. The credibility of the vote (so vital to our democracy) is shot through with holes. Not good!
And just one more thing:
6) Progressives have no mandate.
Significant Democrat losses (so unexpected) in the House and the Democrats' apparent failure to take back the Senate prove this. And GOP gains among Hispanic, Asian and Black voters (especially in key districts) make this all the more dramatic. No mandate. No way!
Posted by Dan Cirucci at 5:33 PM