Where Was Obama When These Things Happened? 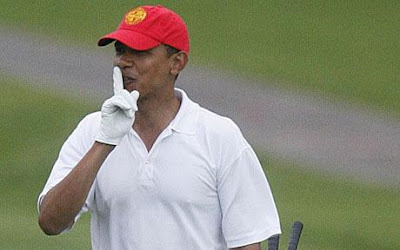 Where was Obama when Nashville flooded, when thousands lost their homes and Opryland was devastated?
Where was he when 158 people were killed in the Joplin, Missouri tornado and in other parts of the midwest?
Where was he during the gulf oil spill and how long did it take him to respond? In the midst of the deepest economic crisis of our lifetime, do you remember when he told people NOT to go to Las Vegas?
And where oh where was he when four brave Americans were slaughtered on American soil in Libya? You know the answers: golfing, vacationing, bloviating, hobnobbing with celebrities, celebrating himself, campaigning or maybe simply watching and giving orders not to respond, not to defend, not to help.
Don't be fooled, America.
Posted by Dan Cirucci at 9:16 AM