Even more than a half-century after her death, interest in Marilyn Monroe remains high. In fact, she contines to be one of the world's most recognizable stars.
Above is a nude-colored underwire brassiere with mesh-lined cups that worn by Monroe as part of her professional wardrobe.

Marilyn Monroe's Lost Archives are coming to light now, along with a cache of other Monroe memorabilia that the Beverly Hills auction house Julien's is putting up for sale on Dec. 5-6, 2014. Along with the letters from Joe DiMaggio, Arthur Miller and such Hollywood luminaries as Cary Grant and Jane Russell are some of the actress' favorite clothes, photographs, paintings and other keepsakes. The Dior black silk dress (below) was said to be one of Monroe's favorites. (Photos: AP) 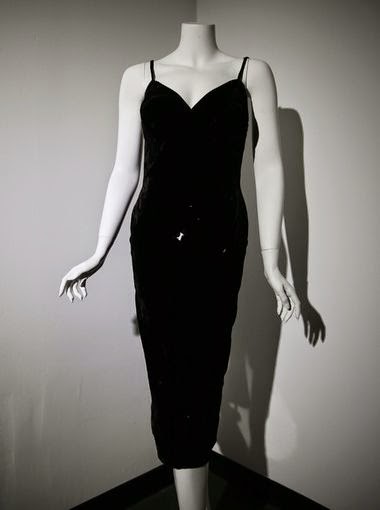