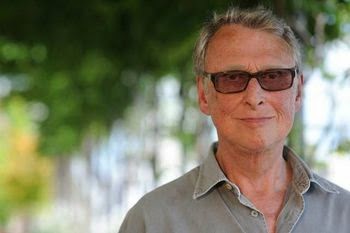 The Broadway community mourns the loss of acclaimed director, producer, writer, and performer Mike Nichols, who passed away on Wednesday evening at age 83.

The marquees of Broadway theatres in New York will be dimmed in his memory on Friday, November 21st, at exactly 7:45pm for one minute.

Mike Nichols was among the most celebrated people in the history of show business, one of only a handful of people to win an Emmy, Grammy, Oscar and Tony Award®. Mike Nichols has won more Tony Awards for Best Direction of a Play than any other individual.

His six nods were for Barefoot in the Park (1964), Luv and The Odd Couple (1965), Plaza Suite (1968), The Prisoner of Second Avenue (1972), The Real Thing (1984), and Arthur Miller's Death of a Salesman (2012). He has also won in other categories for directing the musical Monty Python's Spamalot (2005), and for producing Annie (1977) and The Real Thing (1984) under the company he founded, Icarus Productions, making it a total of nine Tony Award wins. He also received eight additional nominations.

Charlotte St. Martin, Executive Director of the Broadway League, said, "Legendary director Mike Nichols shared his distinct genius for storytelling through the worlds of stage and film. Throughout his celebrated career in many mediums that spanned decades, he was always in awe of the thrill and the miracle that is theatre. In addition to his numerous honors, including nine Tony Awards, he won over audiences with his passion for art. His notable presence in our industry will be deeply missed. Our thoughts are with his family, friends, and fans."

Nichols started out on Broadway as a performer in An Evening With Mike Nichols and Elaine May, which he co-wrote with May. The show premiered in 1960 and ran for 306 performances. His full Broadway biography can be found on The Internet Broadway Database (ibdb.com) here.

He made his cinematic directorial debut directing Elizabeth Taylor and Richard Burton in "Who's Afraid of Virginia Woolf" and later won the Academy Award for his direction of "The Graduate."

Among his upcoming projects, Nichols was slated to helm a screen adaptation of Terrence McNally's Master Class starring Meryl Streep as Maria Callas.

Nichols was born in Germany in 1931. He is survived by his wife, Diane Sawyer; his three children Daisy, Max and Jenny; and four grandchildren.
Posted by Dan Cirucci at 3:30 PM