Do You Understand? There's Nothing Complicated Here! 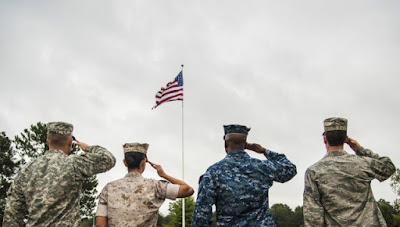 Are NFL players showing disrespect when they refuse to stand silently and honor our national anthem?
Why are we even asking this question? Why?
Indeed they are showing disrespect.
We stand for our national anthem as Americans in a show of affection for our nation and as an demonstration of our hope for its well-being. We also stand to honor those who have served and those who have fallen in defense of our freedoms.
This is not complicated.
And, it's also part of the NFL's own guidelines and Public Law.
Yes, the NFL's own Game Operations Manual states the following:


“The National Anthem must be played prior to every NFL game, and all players must be on the sideline for the National Anthem.
“During the National Anthem, players on the field and bench area should stand at attention, face the flag, hold helmets in their left hand, and refrain from talking. The home team should ensure that the American flag is in good condition...
“...It should be pointed out to players and coaches that we continue to be judged by the public in this area of respect for the flag and our country. Failure to be on the field by the start of the National Anthem may result in discipline, such as fines, suspensions, and/or the forfeiture of draft choice(s) for violations of the above, including first offenses.”

Proper respect for our flag is also part of public law under what's known as the Flag Code, 36 US Code, Section 201. It reads as follows:


(a) Designation.—The composition consisting of the words and music known as the Star-Spangled Banner is the national anthem.
(b) Conduct During Playing.—During a rendition of the national anthem—
(1) when the flag is displayed—
(A) individuals in uniform should give the military salute at the first note of the anthem and maintain that position until the last note;
(B) members of the Armed Forces and veterans who are present but not in uniform may render the military salute in the manner provided for individuals in uniform; and
(C) all other persons present should face the flag and stand at attention with their right hand over the heart, and men not in uniform, if applicable, should remove their headdress with their right hand and hold it at the left shoulder, the hand being over the heart; and
(2) when the flag is not displayed, all present should face toward the music and act in the same manner they would if the flag were displayed.

So, there you have it. That's how you show respect for the flag and for our nation and its citizens and for those who serve and who have served. There's nothing new about this and there's nothing complicated about it. This is what Americans do and this is why and how we do it.
Those who willfully and consciously fail to follow such norms are acting in a disrespectful manner. And those who wear socks depicting police officers as pigs and tee shirts celebrating Che Guevara and Fidel Castro are not only acting out but they are making their feelings and intentions very clear.