Sound The Trumpets: Help Is On The Way! 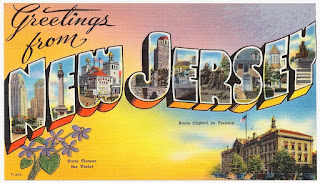 Governor Chris Christie authorized 26 Security Forces Airmen from the 108th Wing, New Jersey National Guard, Joint Base McGuire-Dix-Lakehurst, N.J. to leave today for the Virgin Islands in support of relief efforts due to the devastating aftermath of Hurricane Irma.

The Airman will complement local law enforcement and have been assigned to provide security where the Federal Emergency Management Agency is staged. The Guardsmen are prepared to assist for up to 60 days.

“New Jersey continues to stand ready to assist the victims of both hurricanes Harvey and Irma, reciprocating with the type of aid provided to New Jersey when Superstorm Sandy devastated our state. This deployment will deliver resources to some of those worst hit by Irma. We wish our troops well, and we continue to pray for a speedy recovery process for every area impacted,” said Governor Christie.

"I am very proud of our 108th Security Forces Airmen answering the call for our state mission and domestic operations. Just as in Superstorm Sandy, the training and equipment we receive in order to fight our nation's wars is what makes it possible for us to rapidly respond during homeland emergencies,” said Col Andrew P. Keane, 108th Wing Commander.“ I know our Airmen will provide the necessary support to the people of the Virgin Islands in their time of need."

A KC-135 Stratotanker aircrew, also with the 108th Wing, will fly the security forces team to Savannah, Georgia, where a C-130 Hercules crew will take them on the final leg of their trip.

The New Jersey National Guard joins thousands of other military members already in place performing various duties. There are currently 19,000 Army and Air National Guard members in support of Hurricane Irma either in Florida or in transit to the area.

More than 120 Citizen-Soldiers and 40 vehicles from the 253rd Transportation Company from Cape May arrived in the Orlando area on Monday to support the Florida National Guard.

Simultaneous with Hurricanes Irma and Harvey response efforts, the Guard is deployed in the defense of our nation and across five continents in support of the Department of Defense.
Posted by Dan Cirucci at 3:43 PM