They're Driving Them Away, And They Don't Care!

Are people fleeing New Jersey?
Are high taxes and the cost of living driving people out of the state?
Governor Murphy says "no" but real life tells a different story.
For one thing, we do know that many retirees leave New Jersey and head for states (such as Florida) where their pensions are not taxed and where other taxes are generally much lower. In one over-55 community that we know of, new retirees are leaving as fast as they can. 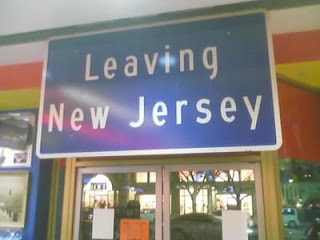 But what about young people -- especially well-educated young people who are moving ahead in their careers -- where are they going? If they're leaving, then that's really a major loss.
Our answer to this question is this -- look around you; where are your college-educated kids and their friends? If they are young adults in the white-collar work force, where are they now?
We looked around, and this is what we found: of 22 young people who grew up in New Jersey that we know of (including our own kids) only five are still living here. These are all college-educated, middle class and upper middle class professionals with growing families. And nearly 80 percent of them have left the state! Eight out of ten gone and they have no intention of returning. They are raising their families and contributing to the economy in other states. The prime growing years of their families (when they are consuming and spending and building and growing) are benefitted other states -- not New Jersey.
Try this yourself.
How many college-educated New Jersey young people that you know came back to Jersey to permanently live and work? Now, multiply this over and over again -- because it's happening all around you, throughout our state!
New Jersey is driving the best and the brightest away.
And once they all leave, what will be left?
You'd think Governor Murphy and the entrenched Democrat regime in Trenton would be concerned, wouldn't you? But, you'd be wrong. Because they just keep taxing and spending and taxing and spending!
Posted by Dan Cirucci at 8:23 PM