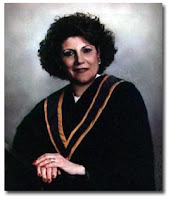 Once confirmed by the state Senate, these nominees will replace the commission’s current members, whose terms have expired.

The Pennsylvania Securities Commission works to protect the public from deceptive practices in connection with offers, sales, and purchases of securities in Pennsylvania while encouraging availability of equity and debt financing to legitimate businesses and industries in or affecting the state. It administers and enforces rules and regulations under the Securities Act of 1972, the Takeover Disclosure Law of 1976, and subsequent amendments to those laws.

The commission collaborates with similar organizations established by other states, along with the federal government and other nations. Find the commission online at www.psc.state.pa.us.
On a personal note, we extend our sincere congratulations to Justice Newman, a woman we have long admired. We are gratified that she has been recognized by the Governor and that she will assume this important role in the Commonwealth. Bravo!
Posted by Dan Cirucci at 11:00 PM