The Magic Of The South's Majestic Live Oaks 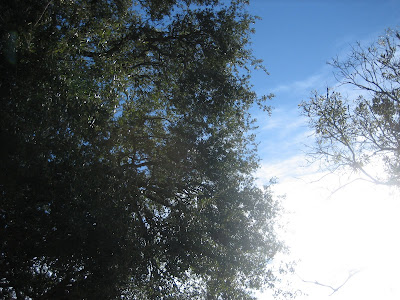 One of the joys of the South is the lush greenery enjoyed throughout the year -- even in December, January and February.

This would not be possible without the live oak tree.
Though they do shed leaves, live oaks remain green throughout the year. They replenish their tiny green leaves constantly. So, they never go bare. They retain their fullness, their greenness, their lushness.
Naturally, Hilton Head abounds in live oaks, many of which are truly magnificent.
Live oak or evergreen oak is a general term for a number of unrelated oaks in several different sections of the genus Quercus that happen to share the characteristic of evergreen foliage. The "live" comes from the fact that the leaves don't die in the autumn. They remain live.
The name is used mainly in North America, where evergreen oaks are widespread in warmer areas, along the Atlantic coast from North Carolina to Florida, west along the Gulf Coast to Texas and across the southwest to California and southwest Oregon.
But the live oak is mostly associated with the South. The tree has been depicted in so many movies, photos, paintings, stories and novels about the South that it is even the official state tree of Georgia.
Live oaks are magnificent natural treasures. And as I write this I'm looking out over more than a few of them just outside my window.
Like the South itself, the tree retains a timeless allure.
Photo by Dan Cirucci
Posted by Dan Cirucci at 5:13 PM