Yes, He Did Say 'Ghoulish And Stupid, Too' 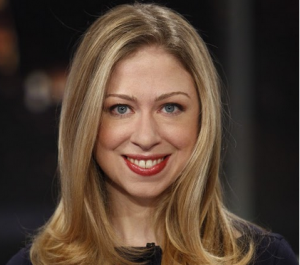 From our friend Matt Rooney at the The Save Jersey Blog:

Some of my non-conservative readers (yes, they’re out there) have gotten angry over the years whenever I refer to Trenton’s Democrat women as “ghouls.” They’ve earned that designation — in my humble opinion — owing to their fanatical, almost religious insistence for taxpayer funding of abortion on demand.

They’ve managed to work abortion funding into the FY 2014 budget [Editor's Note: the abortion funding isn't contained in the actual budget proper, but rather, imposed through two supplementals which we discussed yesterday] by claiming the funds are designated for “family planning services.” Of course, the major provider of these “services” in America is Planned Parenthood, and if you’re paying to keep their lights on, then you’re contributing to their massive abortion revenue stream (15% of their business in 2009, or approximately $164 million from over 330,000 dead babies). Whether you explicitly say “abortion” or “PP” in the bill is immaterial.

What else could you possibly call it other than “ghoulish,” Save Jerseyans?

These ladies are pretty stupid, too, if we’re being honest.

In 2016, we can assume that many (if not all) of the Trenton ghouls will endorse Hillary Clinton for President of the United States, a woman whose daughter recently told a conference that she regretted how her grandmother “did not have access to services that are so crucial that Planned Parenthood helps provide.”

You can’t be considered an advanced being without a self-preservation instinct, Save Jerseyans. A ghoul? Perhaps.-

See more at: http://savejersey.com/2013/06/ghoulish-and-stupid-too/#sthash.hkPV3ZZz.dpuf
Posted by Dan Cirucci at 5:49 PM