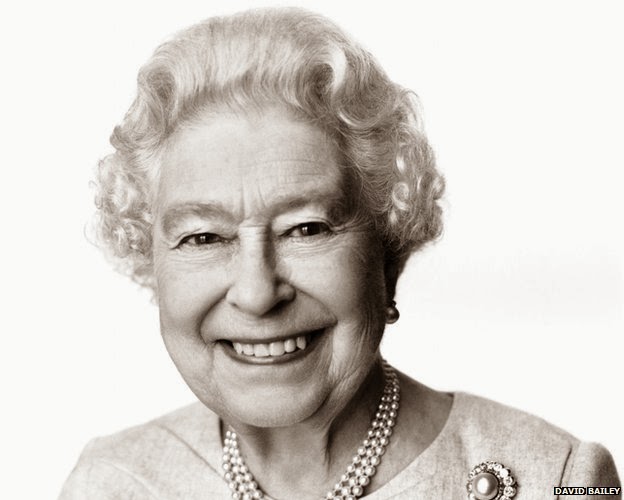 Though her official birthday will not be celebrated till June 14, Britain's Queen Elizabeth observes her actual birthday tomorrow. She's 88.
In honor of this occasion the above portrait by renowned photographer David Bailey bass been released and it is extraordinary.
Here's what Bailey says: "I've always been a huge fan of the Queen. She has very kind eyes with a mischievous glint. I've always liked strong women, and she is a very strong woman."
Well, we certainly couldn't have said it any better ourselves.
We wish Queen Elizabeth the happiest birthday ever and many, many more.
BTW, the Queen's official title in England is "Elizabeth the Second, by the Grace of God, of the United Kingdom of Great Britain and Northern Ireland and of Her other Realms and Territories Queen, Head of the Commonwealth, Defender of the Faith."
Posted by Dan Cirucci at 3:14 PM