How Hot, Hetero Hunks Are Heating Up Broadway

Lets face it, in recent years Broadway has been bereft of genuine beefcake.
You know what we're talking about -- real, honest-to-goodness, chiseled, full-throated leading men like Richard Kiley, John Rait, Jack Cassidy, Tom Wopat and Brian Stokes Mitchell -- guys who could only be described as "dashing."
Instead, Broadway marquees have been all aglitter with the likes of Neil Patrick Harris, Daniel Radcliffe, Alan Cumming and Matthew Broderick. To be sure, we're hardly bashing these non-dashing choices. We've enjoyed these leaner and/or more diminutive stars as much as anyone. They can be boyishly charming, funny, endearing or even just this side of sadistic, as in the case of Cumming. But none of them matches Hugh Jackman in terms of sheer presence.
There's just something about a big Broadway stage that cries out for a towering figure.
And now that demand is finally being met in the form of three new Broadway leading men who are heating up the Great White Way: Ramin Karimloo in the new production of Les Miserables, Andy Karl in Rocky, The Musical and Steven Pasquale in The Bridges of Madison County.
All three of these guys are bringing heft back to the musical stage. They give new life to the term "matinee idol" and that means they're pleasing all those ladies who flood Broadway on Wednesdays, Saturdays and sometimes on Sundays and even Thursdays, too. Hopefully, they're also helping to attract a dwindling male audience back to Broadway since all three of their characters exhibit manly virtues that are worthy of emulation. 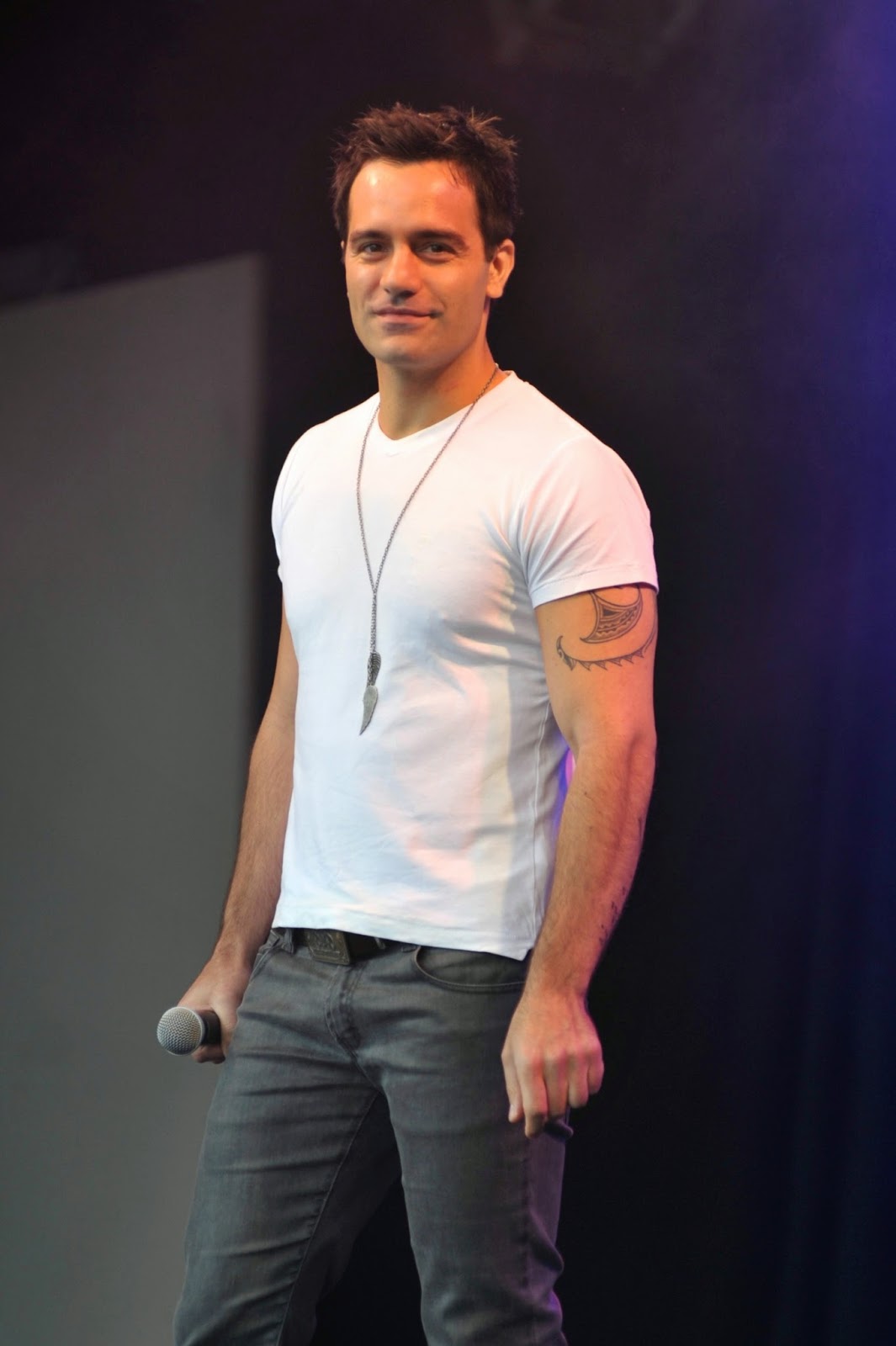 Ramin Karimloo as Jean Valjean in the restaged Les Miserables is garnering some of the best reviews imaginable.
In the world of theatrical performers, Ramin Karimloo has rapidly emerged as one of the most formidable talents currently earning his keep. Heralded for his portrayal of leading roles in both Les Mirerables and Phantom of the Opera, Karimloo is a favorite of Andrew Lloyd Webber and a musical force unlike any other. In fact, it was his unbridaled reputation that led to his performance in the recent Oscar tribute to Les Misérables. His portrayal of Valjean is at once raw, gutsy, insightful and even tender where and when it has to be. And the role gives him ample opportunity to demonstrate his impressive vocal range.
The New York Times calls Karimloo the man who "brought brawn back to Broadway." 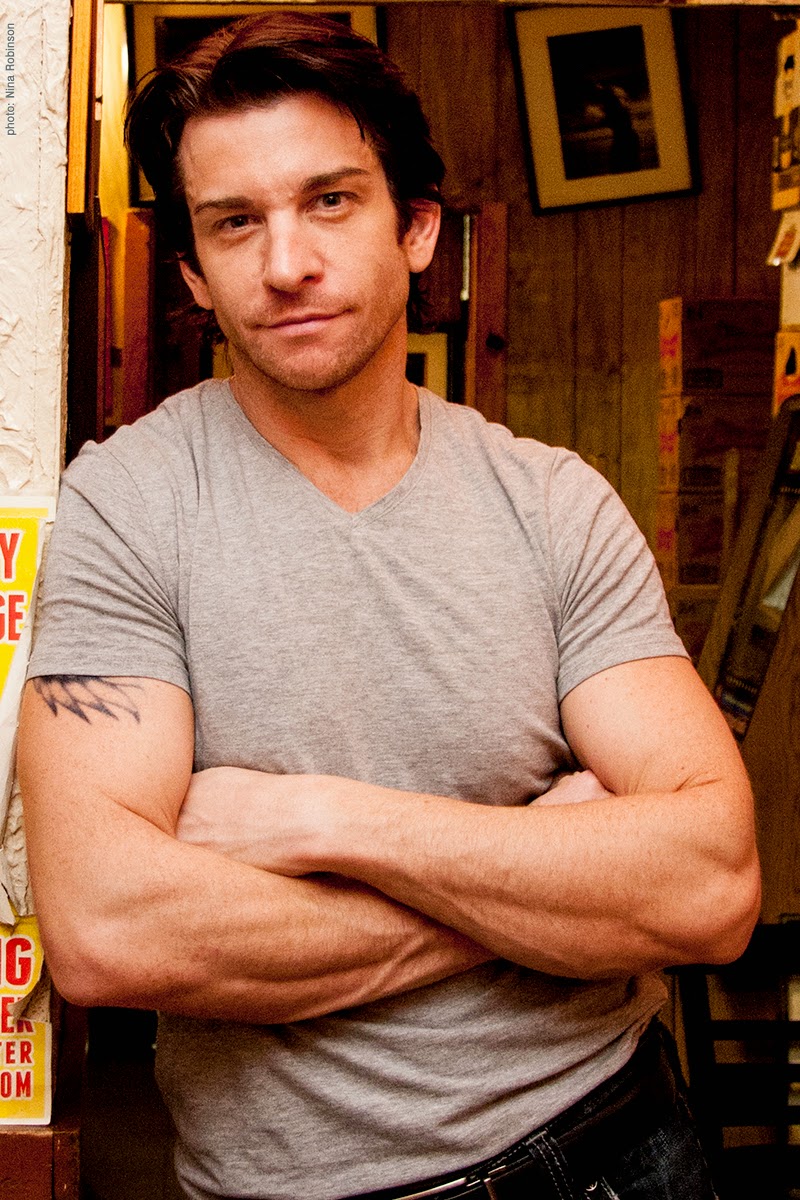 When studly Andy Karl turns his warm, inviting eyes to the audience at the top of the show in Broadway's new Rocky and he sings the awkwardly-titled My Nose Ain't Broken, you just know that this show is gonna work.
Karl manages to be tough and tender at the same time. He exudes sensuality without forgetting sensitivity. When he finally welcomes Adrian to his gritty, rundown Fishtown apartment and takes off his shirt and says "Yo, Adrian 'ya know, it's hot in here", it's hot. And when, at his request Adrian takes off her geeky glasses and hat, it's really hot.
When they later sing of their love under a Christmas tree in the duet Happiness, it's a heart-melter.
Rocky, The Musical truly belongs to Andy Karl.
And this marks a vital breakout for this young actor who has previously shined in mostly comedic roles. Karl more than proves his versatility. 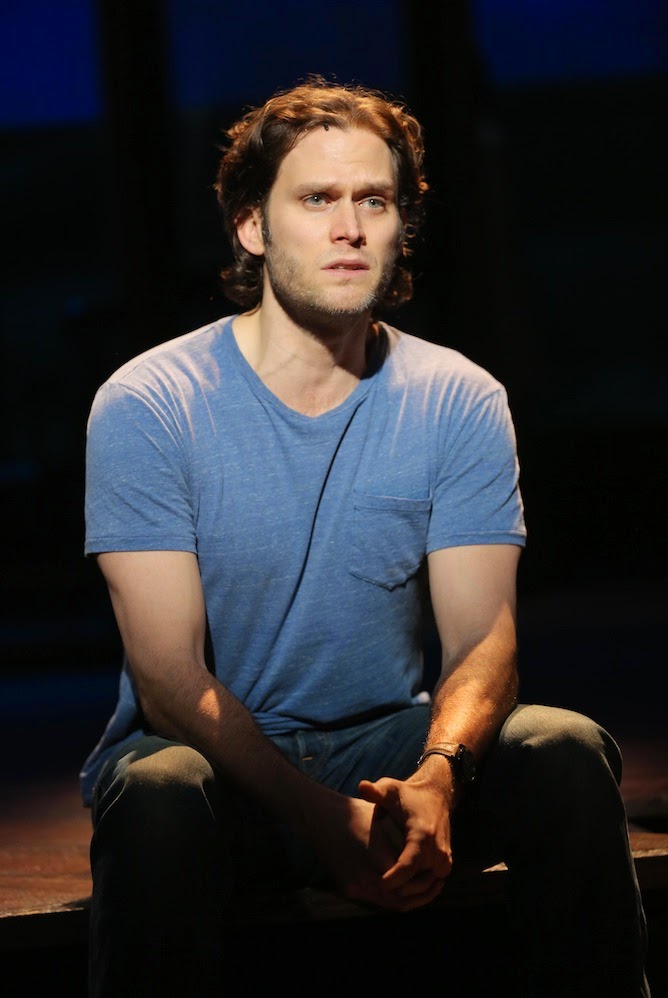 In the sometimes weepy Bridges of Madison County Steven Pasquale gives the audience plenty to cheer for. From the moment Pasquale walks on stage, what the show's producers call "the swoon factor" is in play. And as a sentimental drifter who answers the long-surpressed desires of a lonely Iowa housewife, Pasquale is a perfect match for Broadway's  favorite leading lady, Kelli O'Hara. Their voices are absolutely perfect together.
Pasquale is intense in this simmering role. But he gives what has been called a "lust-worthy" performance with such thoughtfulness and romantic ease that you want to thank him for not insulting the audience's intelligence. He's the literary person's hunk who sings of lost dreams and smoldering desires.

Look for Karimloo, Karl and Pasquale to all be nominated for Best Actor in a Musical at the Tony Awards. They're all tall, dark, handsome and remarkably talented.
And, as the tune goes . . . This could be the start of something big.
Posted by Dan Cirucci at 3:10 PM