Meet The Honorable Lee A. Solomon 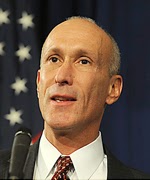 Hon. Lee A. Solomon has served as a Judge on the New Jersey Superior Court of Camden County since December of 2011.

·         Judge Solomon was nominated to serve on the Superior Court by Governor Chris Christie on November 10, 2011.He was initially assigned to hear cases in the Criminal Division as the Presiding Judge.

·        In November 2013, Judge Solomon was named the Assignment Judge of the Camden Vicinage by Chief Justice Stuart Rabner.
o   Chief Justice Rabner: “Judge Solomon is an experienced leader who has demonstrated his ability to oversee various organizational structures and guide management and staff with sound judgment. He has earned the admiration and respect of colleagues across various disciplines for his ongoing efforts to ensure that service to the public is responsive and efficient. I have the highest confidence that he will lead the Camden Vicinage ably and strongly.”

·         Judge Solomon was unanimously approved by the Judiciary Committee, and unanimously confirmed by the full Senate.

Solomon served as the President of the Board of Public Utilities from February 2010 to December 2011.

·        During his tenure as BPU President, Solomon oversaw the expansion of New Jersey’s solar program and revised the energy master plan. He led efforts to organize hearings on the utilities’ companies planning for and their response to Hurricane Irene in 2011.

·         Solomon was unanimously approved by the Senate Judiciary Committee, and unanimously confirmed by the full Senate.
o    State Senator Loretta Weinberg: “I too served in the Assembly with Judge Solomon…I found him a really eminently thoughtful, moderate Assemblyman and I am proud to support his nomination.”

Solomon was first appointed to the bench to serve as a Camden County Superior Court Judge from 2006 to 2010.

·         Solomon was unanimously approved by the Senate Judiciary Committee, and unanimously confirmed by the full Senate.
o    State Senator Bob Smith: “Your career has been exceptional and you’ve demonstrated great professionalism. I’m only sorry that some of the other judges that we see don’t have the same broad range of background that you have because I do think what you’re going to bring to the bench is tremendous.”

From 2002 to 2006, Solomon served as the Deputy United States Attorney for the Southern Vicinages of New Jersey.

Solomon served five years as the Camden County Prosecutor and one year as Acting Prosecutor.

·        He directed an office with a staff of more than 260, and the State’s third largest caseload. During this time, Solomon was a member of the New Jersey County Prosecutors Association, and served as Vice Chairman of the Juvenile Justice Committee, as well as the Inter-Agency Committee.

·        Additionally, he served on the Board of the National District Attorneys Association and as Chairperson of the New Jersey Juvenile Justice Advisory Council.

Solomon was appointed by the NJ Attorney General as the Monitor of the Camden City Police Department in 1998.

·        Solomon led a reorganization effort of the 390 member force and continued its supervision until leaving the post of Camden County Prosecutor.

Solomon served two years as a member of the Camden County Board of Chosen Freeholders.

·        As Chairman of the Finance Committee for the Freeholder Board, Solomon wrote the first budget that reduced the tax rate for county taxpayers.

·        Solomon also was the Chairman of the Public Safety Committee, which was responsible for the Camden County Park Police and the Fire Marshal’s Office. From 1986 to 1994, Solomon served as a member of the Haddon Heights Borough Council.

Solomon received his law degree from Widener University School of Law in 1978, where he served as an External Articles Editor and member of the Delaware Journal of Corporate Law.