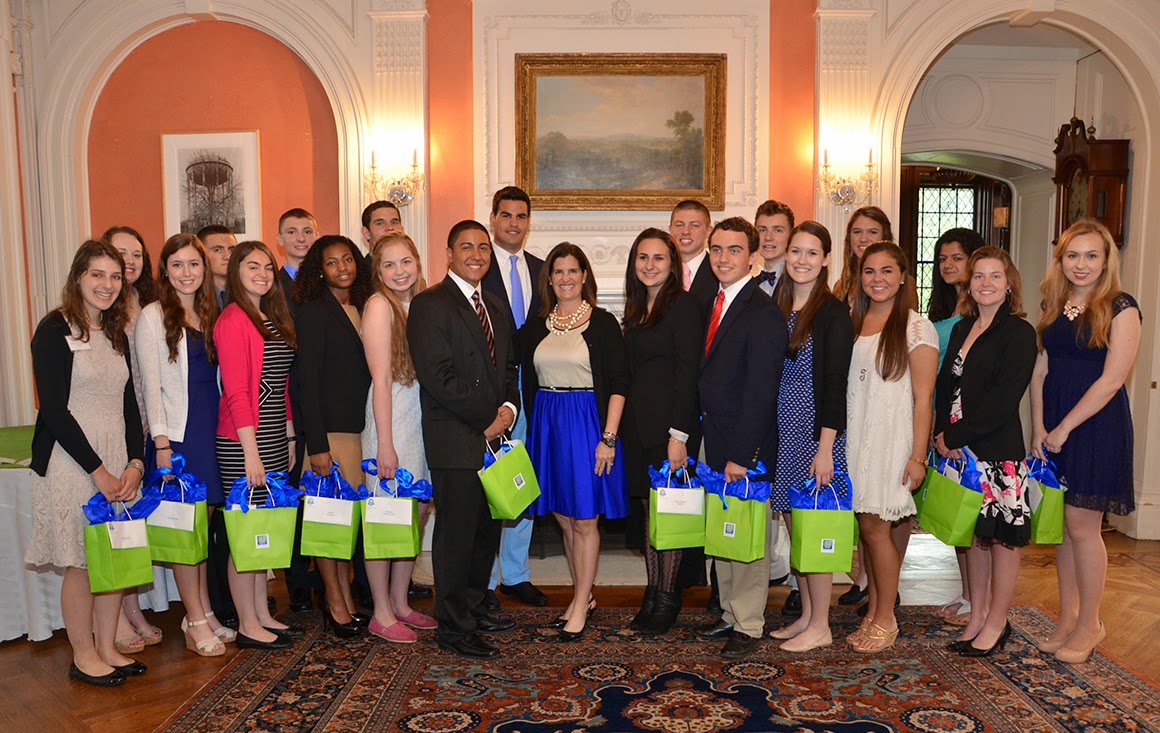 New Jersey's First Lady Mary Pat Christie announced $110,000 in New Jersey Heroes Spirit of a Hero Scholarships during a ceremony at Drumthwacket, the Governor’s official residence in Princeton. Twenty-two students from throughout the state will each be receiving a $5,000 scholarship to pursue post-secondary education opportunities. Mrs. Christie launched the scholarship program in 2013.

“This year’s Spirit of a Hero recipients are a deserving group of young people who are making a difference and changing lives in their communities,” said First Lady Mary Pat Christie. “From anti-bullying programs and initiatives for the homeless to redistributing musical instruments to students in need, I’m overwhelmed by the commitment to service and volunteerism demonstrated by these young men and women. New Jersey Heroes is once again proud to recognize their accomplishments and provide this scholarship program to help them pursue a successful future.”

The twenty–two scholarship winners are:
New Jersey Heroes worked with the Office of the Secretary of Higher Education and HESAA (Higher Education Student Assistance Authority) to promote the scholarship. This year, more than 700 students applied for the Spirit of a Hero Scholarship.

To be considered for the scholarship, candidates fulfilled several criteria, including a demonstrated commitment to volunteerism and community contribution; New Jersey residency; U.S. citizenship; submission of a high school transcript with a letter of recommendation from a current teacher or advisor; have good academic standing with their secondary school and enroll as a student at an accredited college/university or a vocational training school in the 2014-2015 school year (Fall or Spring Semester).

New Jersey Heroes is an initiative of First Lady Mary Pat Christie that showcases the positive and unique ways people and organizations are impacting New Jersey and their communities. To nominate a hero, go to http://newjerseyheroes.org/index/ and follow the application instructions to submit the person you believe is a true New Jersey Hero.
Posted by Dan Cirucci at 4:49 PM