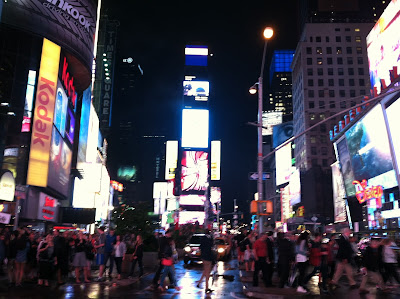 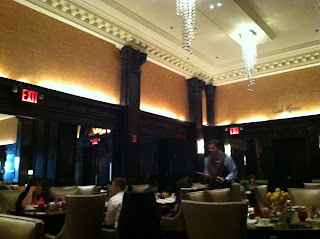 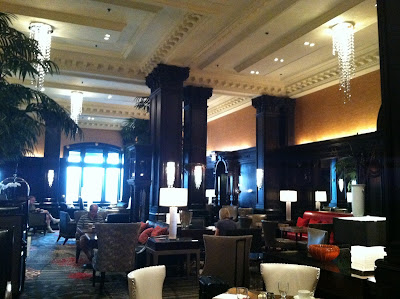 While were in Manhattan not too long ago we once again stayed at The Algonquin.
The Algonquin is a small hotel with a Big History.
Ideally situated on 44th St. between Times Square and Fifth Avenue, The Algonquin is steps from all that New York has to offer, including Broadway theaters, shopping. museums, bars, restaurants and other attractions. As with most NYC Midtown hotels, the rooms tend to be smaller and you're well-advised not to stay directly opposite the elevators or too close to the stairwells.
But you don't want to miss this one.
Practically everybody of note has stayed at The Algonquin at one time or another.
To stay in The Algonquin is to live amidst the lively heritage of the city that never sleeps.
Famed literary gatherings. Echoes of some of the world’s most celebrated cabaret singers. A singular environment of inspiration that spawned the creation of The New Yorker magazine. All of these things are impressive in their own right. More impressive still is that they all occurred at The Algonquin.
Today these traditions continue, just as they have for over 100 years. Step into the hotel's lobby (bottom photo, above) on any given evening, and you will find a diverse mix of New York’s cultural and artistic cognoscenti. Here, and within the famed Round Table Restaurant (middle photo, above) and Blue Bar, martinis are savored, ideas are shared, insights arrived at, and the designs that result shape the cultural fabric of the city.
At the beginning of the 20th century, New York’s social life was moving from downtown ballrooms to what has become today’s soaring Midtown. It was this migration that led to the construction of The Algonquin. In 1902, an intimate hotel with a red brick and limestone façade opened its doors in what had become one of the most fashionable neighborhoods in Manhattan. The two most popular restaurants of the era – Sherry’s and Delmonico’s – were within walking distance. Five of New York’s great clubs – Yale, Harvard, Bar Association, New York Yacht, and the Century – were neighbors. The Hippodrome, advertised as “the world’s largest playhouse,” opened across the street, as did a number of noted theaters.
From its inception, manager (and later owner) Frank Case created a vision for The Algonquin as New York’s center of literary and theatrical life. His enduring fascination with actors and writers led him to extend them credit, in the process luring such luminaries as Douglas Fairbanks, Sr. and John Barrymore.
Famed women flocked to the hotel as well, as The Algonquin was unconventional early on in accommodating single women guests. Over the years, these have included Gertrude Stein, Simone de Beauvoir, Helen Hayes, Erica Jones, and Maya Angelou.
Three Nobel laureates visited on a regular basis, including Sinclair Lewis (who offered to buy the hotel), Derek Walcott, and most memorably William Faulkner, who drafted his Nobel Prize acceptance speech at The Algonquin in 1950.
The legend continued to evolve, maintaining its original spirit faithfully through a series of renovations. After joining the Autograph Collection, a group of independent and unique luxury hotels, The Algonquin was acquired by its current owner. The hotel was then closed for five months in early 2012 for extensive renovations to help preserve the hotel's iconic spirit while adding contemporary comforts.
But perhaps the most important facet of our history is found in The Algonquin's hospitality. This friendly, intimate hotel notes each guest’s individual requirements and preferences, so that upon return, their wishes can be attended to in advance. One keen observer wrote: “The Algonquin is one of the fast diminishing breed of hotels – those that still boast personality.” In the premiere issue of Historic Traveler magazine, The Algonquin was named one of “America’s Ten Great Historic Hotels.”
In 1987, The Algonquin was designated a New York City landmark, and in1996 it was designated a literary landmark. But surely, this remarkable hotel is destined for even greater artistic, cultural, and literary greatness.
Trust us: This is not like staying anywhere else. It's unique -- and uniquely memorable.
Photos copyright 2013 by Dan Cirucci.
Posted by Dan Cirucci at 10:33 AM