So Who ARE These 'Self-Appointed Elites,' Huh? 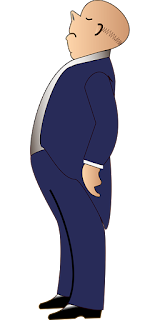 Someone has asked me who are the "self-appointed elites" that I've been talking about.
To begin with, let's say that these "elites" do not necessarily have to be liberals. There are lots of conservatives who fall into this group as well.
And I call them "self-appointed" because, though many of them wield tremendous power (not all, but many) nobody ever elected most of them.
Most of them came into their vaulted realms by appointment or a series of twists and turns, many involving lucky breaks, nepotism, influence-peddling, etc. Some have actually been elected and either they've been in office so long and/or are so impressed with themselves that they've appointed themselves to this position of self-perceived authority.
These people are, quite simply, out of touch.
They're snobs.
If you go back to my high school yearbook, under my photo it says: "Snobs of all types make up his black list." That hasn't changed. I know a snob when I see/hear one.

The worst snobs are the ones who have nothing to be snobbish about. Snobs "appoint" themselves. More specifically, they "anoint" themselves into some self-perceived higher category.
It's really very distasteful and, of course, anti-democratic. A certain arrogance and disdain for the views of "lesser" (ordinary) people are characteristics as well. Also, a tendency to speak with a certain (feigned) authority.
And these are some of the key factors that trigger and nourish populism. Populism is a healthy thing -- it's natural and vigorous and acts as an important check against imperiousness.
Populism is part of the DNA of democracy -- a very important part.
Bottom line: cliquish and divisive, snobbishness is really never warranted. Never.
When I worked for bar association leaders, I always urged them to get out of their comfort zones -- to ride public transportation, sit alongside somebody on a park bench, engage someone at a bar -- preferably a "dive," talk to the butcher, the baker, etc, shop at the local food market and listen to what people are saying and talking about.
Stop talking to and listening to the same small group of people who share your socio-economic group.
Shut up and listen to ordinary people. And learn!
Posted by Dan Cirucci at 11:49 AM