We will miss Morley Safer.
He had something you don't hear much of anymore -- something called panache.
He was also cultured, civilized, erudite. He never insulted the viewer's intelligence. He was a worldly man with an insatiable curiosity and a gracious, human touch. He proved you could possess those admirable qualities and still be a damned good reporter -- shrewd, knowing, tough, fair.
Morley Safer was unique. There won't be another like him, not now, not ever. 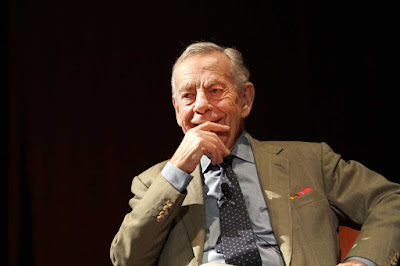