New Jersey State Senator Jim Holzapfel and State Assemblymen Dave Wolfe and Greg McGuckin (all R-10) praised news of a settlement that is set to be approved by the New Jersey Board of Public Utilities (BPU) slashing a 24 percent natural gas rate increase that had been proposed by New Jersey Natural Gas (NJNG) to fund infrastructure improvements. 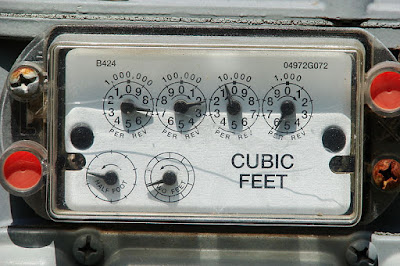 Holzapfel, Wolfe and McGuckin praised news of a settlement to slash a 24 percent natural gas rate increase proposed by NJNG that they had opposed. (Wikimedia Commons)
Under the terms of the settlement, the increase that will be voted on by the BPU on Friday would amount to an extra $7 on the average customer’s gas bill, representing a 7.4 percent increase.

“We fought against the massive 24 percent rate hike NJNG had proposed, and we succeeded in reducing the increase to a reasonable amount that will be more affordable to residents,” said Holzapfel. “While nobody likes their bills going up, an extra $7 a month is much more palatable than the $22 monthly increase NJNG had initially proposed.”

Holzapfel, Wolfe and McGuckin had publicly opposed the initial proposal, citing the severe financial impact it would have on seniors and those living on limited incomes.

“We have a number of large senior communities in Brick, Toms River and Manchester that are home to many thousands of fixed-income retirees,” said Wolfe. “A large bump in their monthly bills would almost certainly hurt their finances and quality of life. I’m glad the BPU and NJNG listened to our concerns and worked out a more affordable alternative.”

“We’re hopeful that NJNG is right that continued declines in the cost of natural gas will offset this rate increase for customers leaving their gas bills largely unchanged this winter,” added McGuckin. “Regardless, we expect NJNG to put the new revenues they generate through this rate increase to good use to improve the reliability of our residents’ gas service and better protect their distribution system.”