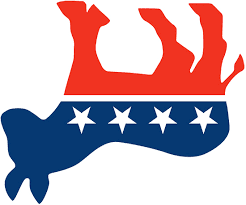 The Republican Party of Pennsylvania made the following statement on the Right to Know submission:

“In a flagrant disregard for the rule of law, Democrat Justices on the Pennsylvania Supreme Court plunged the Commonwealth into a constitutional crisis by ignoring the separation of powers, constitutionally-delegated authority, and even their own order by issuing a judicially-mandered Congressional map that does nothing but allow Democrats to have an unfair advantage in the coming mid-term election,” said Republican Party of Pennsylvania Chairman Val DiGiorgio.

“The Court developed their map without any transparency, leaving more questions than answers. So we are using the proper, legally prescribed channels to find out what public documents might exist to determine what level of collusion—if any—existed between the Justices, the Wolf administration, their privately retained experts, and/or the National Democratic Redistricting Committee that led to the unconstitutional development and implementation of this map.”
Posted by Dan Cirucci at 4:49 PM