Sen. Bob Casey announced Tuesday evening that he will not vote to support Mike Pompeo, President Donald Trump’s nominee for Secretary of State. 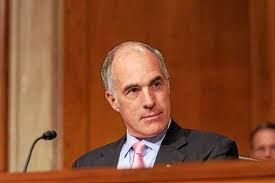 “Sen. Bob Casey’s continued obstruction of Presidential nominees is troubling enough, but especially when he is putting his allegiance to the Trump resistance movement over our nation’s security by refusing to support a qualified nominee like Mike Pompeo for Secretary of State.

“Across the world our diplomatic posts remain empty due to obstructionists like Bob Casey doing everything in their power to prohibit President Trump from implementing his foreign policy.

“As the world awaits American leadership on international relations issues like North Korean denuclearization and the ongoing conflict in Syria, Sen. Casey’s refusal to support Mike Pompeo for Secretary of State shows his priorities are more aligned with national liberal movements than the people of Pennsylvania.”
Posted by Dan Cirucci at 8:09 PM