You'd Think He Could Garner More Support, But . . .

After decades of embarrassing the good people of New Jersey, disgracing the public office he holds, and getting indicted on federal bribery and corruption charges, it’s probably not a good idea to ask your Twitter followers to show support for your re-election.

Yet that’s exactly what Senator Menendez did. 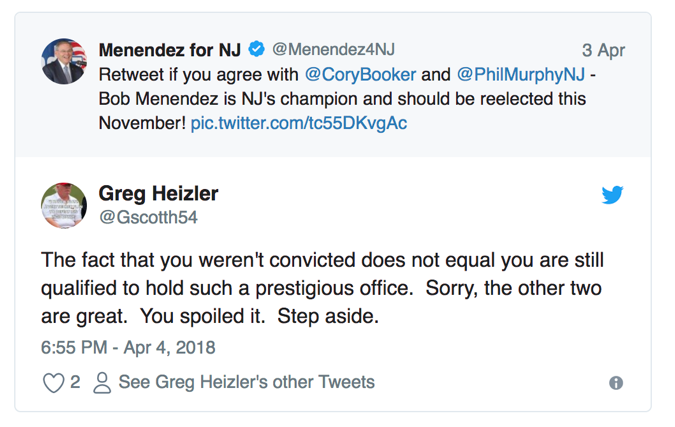 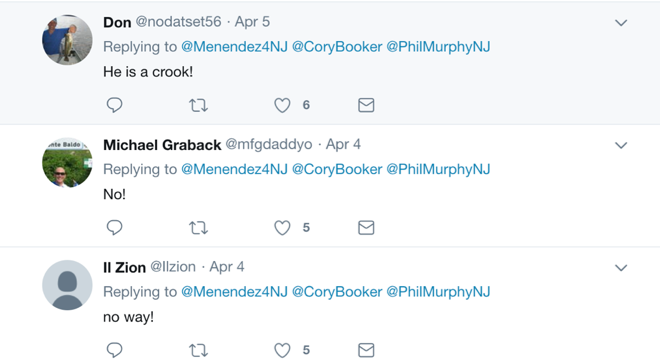 “The good people of New Jersey know they deserve better. As they compare Menendez’s failed, corrupt track record with Bob Hugin’s background as a former Marine and a business leader who helped to create thousands of New Jersey jobs, we are confident that voters will make sure Menendez’s Twitter re-election fail becomes reality this November.”

Bob Hugin, a Marine Corps Veteran and business leader who has created thousands of New Jersey jobs, is seeking the Republican nomination for U.S. Senate to challenge incumbent Democrat Senator Bob Menendez.
Posted by Dan Cirucci at 10:59 AM