A Special Message To All Area Catholics . . . 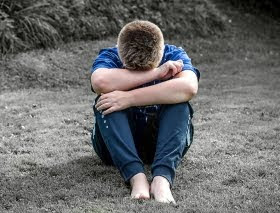 To the people and clergy of the Church in Philadelphia:

As many of you will remember, less than two months ago each of the Catholic bishops of Pennsylvania pledged to offer substantial new sources of support for survivors of clergy sexual abuse. In the weeks since then, we’ve worked zealously to keep that promise. Today in the Archdiocese of Philadelphia, we are honoring that pledge, with a special concern for victims burdened by time-barred claims.

The damage done to innocent young people and their families by sexual abuse in the past is profound. It can’t be erased by apologies, no matter how sincere. And money can’t buy back a wounded person’s wholeness. But what compensation can do is acknowledge the evil done and meaningfully assist survivors as they work to find greater peace in their lives.

To that end, I’m announcing today the creation of a new reparations program available to anyone abused in the past by clergy of the archdiocese. This “Independent Reconciliation and Reparations” effort will be funded by the Archdiocese. We will pay the amounts that independent claims administrators deem appropriate.

While the total number of claims and the ultimate funding required cannot be known at this time, the financial commitment from the Archdiocese will be significant. Initial funding for the program will be provided by existing Archdiocesan assets. Additional program funding will need to come from borrowing and the sale of archdiocesan properties. Which properties will be sold has not yet been determined.

Note that no money to fund the program will come from our Catholic Charities Appeal, Seminary Appeal, other donor-designated funds or donations made to parishes, ministries, and schools.

This new program will be separate from, and add to, our already existing survivor-assistance efforts. The good work of the Archdiocese’s Office of Child and Youth Protection, led by Leslie Davila, a former victim-assistance officer with the Philadelphia District Attorney and a victim’s advocate for 19 years, will continue. Ms. Davila’s team has provided more than $18M dollars of assistance to victims already, and again to be clear, today’s new compensation program is in addition to those efforts.

I want to turn now to the new compensation program and some of its details.

At the very start of our efforts to create a new private reparations program, we consulted Ms. Lynn Shiner. Ms. Shiner is a survivor of violent crime herself and has spent her 22-year career as a victim’s advocate in Pennsylvania working with and on behalf of survivors of all types of abuse. Ms. Shiner was the director of the Pennsylvania Office of Victims’ Services, and she oversaw Pennsylvania’s public victim compensation program. Under her direction, this state fund has distributed more than $100 million to victims. With Ms. Shiner’s guidance, we designed our program based on input from dozens of victims about what they expect and need from such an effort. Ms. Shiner has generously agreed to be an ongoing part of this program’s work. She will be the Victim Support Facilitator and will be available to help survivors in coming forward, presenting their claims, and finding appropriate services within and outside of the Church.

This program, however, is about more than compensation of victims. It’s also about apologizing to victims, recognizing the harm the Church has done, and continuing the critical work to ensure abuse is prevented. The program will include an independent review of our current policies, input on our training programs, and recommendations for steps toward increased emotional and spiritual healing in our community.
This reconciliation and reparations effort needs to be, and will be, independent of the Church. Leaders in our community who have impeccable credentials will administer it. To assure this autonomy, an Independent Oversight Committee, chaired by former U.S. Senate Majority Leader George Mitchell, will supervise the effort. Joining Senator Mitchell on the committee will be Kelley Hodge, former Interim District Attorney for the City and County of Philadelphia; and Lawrence F. Stengel (Ret.), former Chief Judge for the United States District Court for the Eastern District of Pennsylvania.

Victims’ advocates have stressed that the program must allow survivors to receive redress quickly without burdensome administrative or court-type procedures. When we canvassed the country for the very best claims administrators, it quickly became clear that Mr. Kenneth R. Feinberg and Ms. Camille S. Biros, two nationally recognized experts, are extraordinary at this work and have now developed special experience working with multiple dioceses. Mr. Feinberg and Ms. Biros will administer all aspects of the claims process, under the supervision of the Oversight Committee. These administrators will have complete authority to determine eligibility of individual claims and the amount of reparations for survivors who come forward.

I need to emphasize again that this effort is entirely independent of the Archdiocese and is confidential. The program is designed to help survivors come forward in an atmosphere where they are secure and respected, without the uncertainty, conflict, and stress of litigation. On November 13, Senator Mitchell and the team involved in this effort will hold a separate press conference providing full details and answering any questions on the program. I invite our news media and the general public to listen carefully to what they say.

I want to thank these extraordinary public leaders for their service in this work to repair the damage of the past and ease the suffering of survivors and their families.
Finally and most importantly: I deeply regret the pain that so many victims carry from the experience of sex abuse. I hope this program will bring them a measure of peace.