While You Were Storm-Stuck, Murphy Dined HERE! 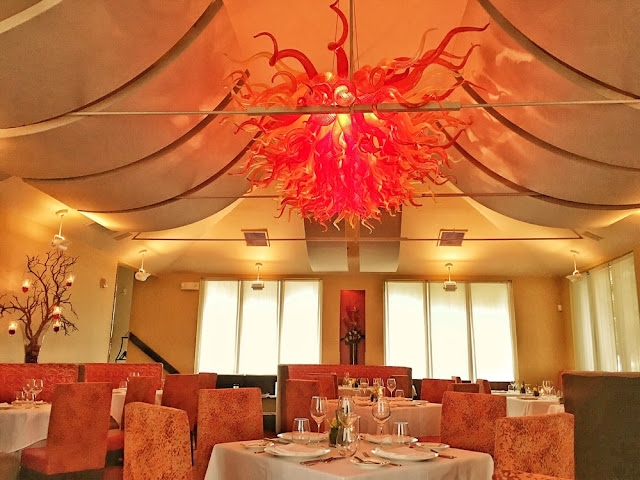 The horror of last week's sudden snowstorm in New Jersey remains vivid in the minds of literally millions who were impacted by it -- drivers, pedestrians, commuters, schoolchildren, truckers, office workers, all those waiting at home for loved ones and so many more.
And it also remains clear that Governor Phil Murphy and his administration were totally ill-equipped to handle the job. They failed. And whether Governor Murphy admits it or not (and so far, hasn't) he most definitely "fell down on the job".
As we've said all along, Murphy (who owns two homes in Europe) is totally out of touch not just with New Jersey but also with most of America. Murphy is an edit list, a globalist and a radical liberal who seems to care more about illegal aliens than he does about everyday Americans.
If you need any more evidence of all of this, here it is: While everybody else was stuck in ice and snow with no end in sight last Thursday night, Murphy and his wife were dining regally at the tony Restaurant Nicholas in Red Bank (photo above). So, Murphy told you to "be patient" while he enjoyed epicurean delights at a swanky eatery that charges $75 per person for a three course meal and $95 per person for the chef's tasting menu.  And if you want the exclusive chef's table, that will set you back $150 per person. As far as we can tell, there are no a-la-carte options at Restaurant Nicholas. You take the three-course, the chef's tasting or the chef's table.
Here's how four-star Restaurant Nicholas describes itself:


Since the year 2000, restauranteur Nicholas Harary and his wife Melissa have redefined modern fine dining absent of the big city. Located in Red Bank, NJ, Restaurant Nicholas has garnered some of the highest praises from all avenues of the food industry including; four stars from the New York Times, and a 29/30 in both food and service from the Zagat Survey (2005-present). In 2008, AOL named Restaurant Nicholas one of the top 11 restaurants in the country. From 2011-2016, Restaurant Nicholas was included in Gayot’s list of the Top 40 Restaurants in the US.
In addition to dining in the restaurant, guests enjoy visiting the namesake bar, Bar N, where bartenders serve signature martinis and meticulously crafted seasonal cocktails.

Ah, yes!
It must have been a lovely evening for the Murphys, don't you think?
Located about a mile from Murphy's palatial waterfront home, the restaurant was described as an "inviting and convenient option" for the governor and his wife.
And why not? Why should Murphy even worry? His upper-crust haughtiness appears to get a pass from the state's residents who just keep voting for Democrats no matter what.
Shame on the Murphys -- and shame on their clueless enablers, too!