Is There Any Hope At All For The NJ GOP? 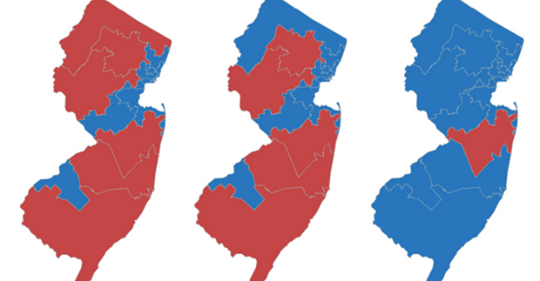 Can the Republican Party in New Jersey survive?
Does it have any future at all?

Isn't it a shame that we even have to ask ourselves this question?

But after last Tuesday's election we have no other choice. Because not only did the voters of Joizee
re-elect a thoroughly corrupt, indicted United States Senator (a man severely admonished by his own colleagues) but they also went ahead and apparently turned away every GOP congressional candidate in the state save one. True, one of the seats may still be in play but the prospects for retaining it do not look good.

Do you know what this means?

And the Republican Party can't find a way to win here? Can't win even a few offices? What wrong with this picture?

Well, a lot is wrong. An awful lot.

And, to turn the corner, action must be taken now. To begin with, here are five steps we can take:

1) Clean house at the state GOP.
For too long the state Republican Party has been under the control of a group of martini sippers, pearl clutchers and teeth gritters. These country club Republicans have been content to lose election after election and then pitifully bargain for whatever crumbs are left to them. (To them, not us.) They're no better than the people who voted for Menendez because "we know what we've got". Well, we know what we've got at the top of the NJ GOP and it's time for them to go.

2) Stop running away from the base.
When you're a hopelessly no-growth minority party to begin with why would you run away from your conservative base? This makes no sense at all! You start with what you know you have and you build from there. You don't chuck it! Yet that's exactly what too many New Jersey Republicans have done time after time. Wake up call: The only NJ GOP congressional candidate who won this time around is an avowed, lifelong conservative who's adamantly pro life. Hellooo . . . anybody home?

3) Get rid of the slick consultants.
The same tired group of tasseled-loafered consultants have been advising GOP candidates year after year and they've led us nowhere. They make big bucks for this. They're classic insiders -- mimics of their counterparts inside the beltway. They whip up false hopes, collect their dough and then disappear just before the votes are counted. Send them back wherever they came from and keep them there.

4) Trump's the POTUS. Deal with it.
Donald Trump is not only the President of the United States but he's also the undisputed leader of the Republican Party. The state GOP could learn a lot from him. But instead, they hide from him or trash him altogether. President Trump follows his gut. He rightly distrusts consultants and built a movement based on instinct and sheer force of will. He's not afraid to take risks and encourage a populist uprising. In short, he's not afraid of real people -- the people who actually do the hard work; the people who pay the bills; the day-to-day Americans who make democracy work. At this point, what does the New Jersey Republican Party have to lose by following Trump's lead?

5) Spark an uprising!
New Jersey needs nothing less that a taxpayer revolt -- a grass-roots veritable insurrection aimed at ousting the corrupt and contented Trenton insiders who inhabit the riverside sludge-pile known as the statehouse and all the other edifices that dot the nearby landscape. If the state GOP can't get its act together and trigger this revolt, then we, the citizens and taxpayers of New Jersey must do it ourselves, We must do it even if we have to march on Trenton as an Army of Action championing awareness, access and affordability. In short, we must take back our state before absolutely nothing is left. Avanti!

4:01 PM
Amen. I can't believe New Jerseyans voted for Higher taxes and Sanctuary Cities. The sheep voting with a herd of wolves what to have for dinner. We are not a Democracy...we need to fight for our REPUBLIC!