CH School Bond: Here's Why You Should Vote NO! 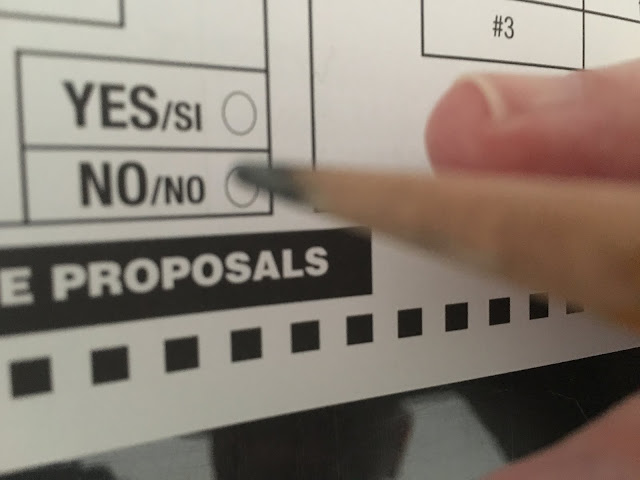 So, you thought elections were over. But, in Cherry Hill they're not.

A huge Cherry Hill School District vote is upon us.

The special election on this will be held at your regular voting place on December 11 from 3 pm to 8 pm only. If you're voting by mail you've probably already received your ballot and can vote now. The school district is hoping you will simply ignore the election or routinely vote yes.

Here's why you should vote NO

1) The Cherry Hill School District is spending $210 million and forgot to include state recommended school safety equipment like safety glass films, panic alarms, and lobby background checking systems Maybe this occurred because they never had a security expert review the proposed bond plan.

2) The schools are wasting $10 million on office reconfiguration with no plans for replacing old, inefficient windows or interior or exterior doors. Instead school administrators will have 16 new fancy offices. These will NOT include school safety and security and that is the highest concern right now.

3) This bond is the largest bond in the last decade for the schools -- a period of 20-year band-aid bonds with no long term plan for the schools. It's just another scheme to kick the can down the road.

When it comes to safety and security, the Cherry Hill schools are lagging behind other districts. Our schools need a comprehensive safety and security upgrade -- one that follows best practices, adheres to the top standards and incorporates the latest advances. This is not it!

NOTE: Because of the nature of the ballot question, you will have to vote NO three times -- once on each section of the ballot. Do it!