How Runaways Cost The GOP The House . . . 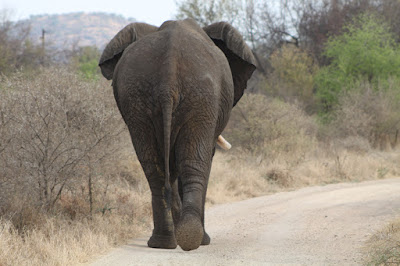 The thought of Nancy Pelosi being Speaker of the House and second-in-line of succession to the presidency?
Well, it's just plain loathsome.
And here's what makes it even worse: It coulda fairly easily been avoided.
Who's to blame, then?
The answer is simple. Lay it at the feet of the Republican House members who either retired or resigned. OK, so some of them were really old and a few were forced to resign because of problems they brought on themselves.
But most of them simply ran away like a buncha wimps. The word went out inside the beltway that a Big Blue Wave was coming and they headed for the hills. These cowardly runaways are the people who cost us the House. They denied us the power of incumbency, forced us to quickly cobble together a collection of replacements (many of whom were novices) and emboldened the Democrats and their cohorts.
In our own area, Frelinghuysen, LoBiondo, Costello and Meehan all ran away. OK, so Meehan made his own mess. But the three other seats were probably all winnable.
And shame on Paul Ryan for running away as well. He was the ostensible "leader" but he cut and run like a squeamish little toddler. When the "general" does that, what kind of example does that set for the troops?
Last night's results show us the GOP coulda kept the House, if even by a whisker. But too many country club Republicans left the greens to go sulk in the clubhouse, sipping their martinis and snickering at those they left behind. Shame on 'em -- every last one of 'em!

A lot of them retired because they were used to easy races with an opponent who wasn't well funded. Chris Smith had never raised a million dollars before and he has been in Congress since 1981. Every NJ Democrat in the competitive races had huge bucks. A problem nominee in NJ-2 probably cost the Reps that district. Playing defense probably hurt in NJ-5.

A lot of the retiring Republicans had differences with Trump and Trump had lost a lot of those districts. Lance hung there, put up a good fight against a very well funded opponent and still lost.

My view is that next year, all of the attacks on the TCJA will fall flat. I think people will like the tax plan when they file next year. But Trump has to change his tone somewhat. He has to do something to fix healthcare.