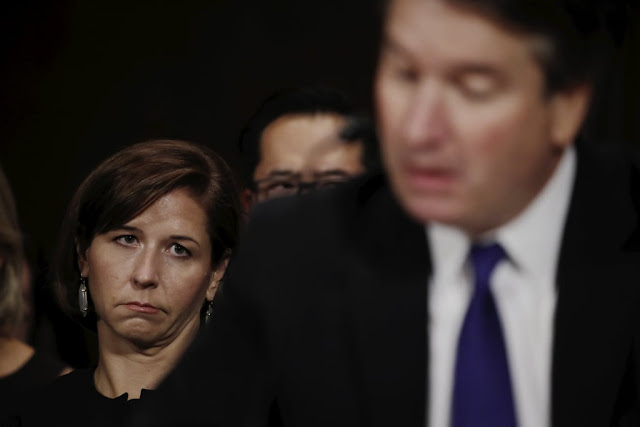 
If I were dying and on a respirator, I would drag myself to the polls to vote against Democrats for this alone.
”After an extensive investigation that included the thorough review of all potentially credible evidence submitted and interviews of more than 40 individuals with information relating to the allegations, including classmates and friends of all those involved, Committee investigators found no witness who could provide any verifiable evidence to support any of the allegations brought against Justice Kavanaugh. In other words, following the separate and extensive investigations by both the Committee and the FBI, there was no evidence to substantiate any of the claims of sexual assault made against Justice Kavanaugh. The details of the Committee’s investigation, broken down by claim, are provided below.”

In the photo above: An anguished Ashley Kavanaugh watches as her husband courageously defends himself against scurrilous, baseless charges. DON'T FORGET THIS when you vote!
Posted by Dan Cirucci at 7:51 PM