The Sheriff Who Rode Into Town To Tame The Beasts 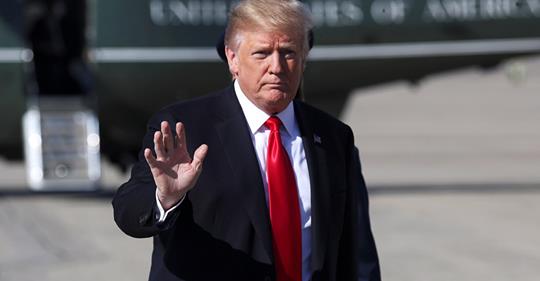 "Two years ago, as the 2016 election approached, neither party seemed to have an answer to lots of seemingly insolvable issues: ten years of a stagnant economy, when we failed to achieve the old standard of 3 percent annualized GDP growth; a dangerously open border and massive illegal immigration; serial optional, costly, and indecisive military misadventures abroad; an increasingly defiant, lawless, and ascendant China; a fossilized NATO alliance unwilling to meet its investment commitments; a deindustrialized and written-off red-state interior; identity-politics tribalism as the new norm; and a deer-in-the-headlights impotent political class.

"To the degree that either party offered possible solutions, the establishment, like the wary sodbusters, seemed to think that they were even worse than the original problems, whether those solutions meant systematic deregulation, a Neanderthal border wall, less utopian internationalism and more self-interested nationalism, offending Europeans, dreaded tariffs, a taboo interest in the plight of the white lower-middle class, or an ossified idea that immigration should be legal, diverse, measured, and meritocratic.

"In early 2015, it looked as though Republicans would nominate the third Bush, Jeb, against the Democrats’ second Clinton, Hillary. In some sense, the public could neither win nor lose: There was little risk that either likely nominee would as president disrupt the status quo, and yet the status quo was also slowly ossifying America."

Click here to read it all.
Posted by Dan Cirucci at 10:30 AM