He Carried ALL These Counties And STILL Lost PA? 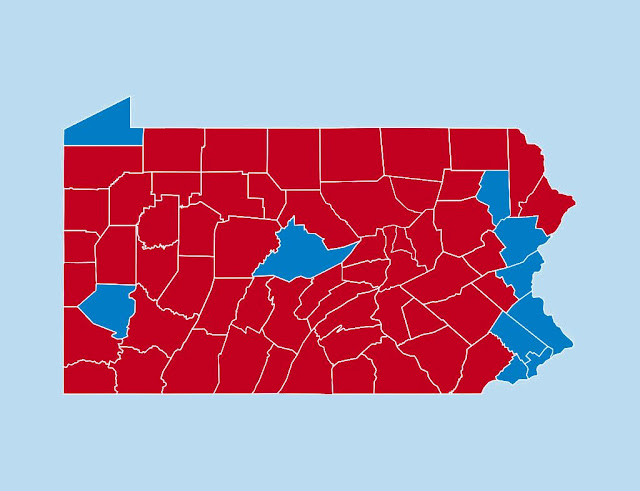 Take a look at this may of Pennsylvania. As far as we know, the counties shown in red were all carried by President Trump. Now there may have been some changes as the vote counting seemed to have gone on forever. But it wouldn't have been enough to significantly change this map.
What you see here was mostly repeated in other states and throughout the country. Throughout the US, Biden won 509 counties, while Trump won a whopping 2,547 counties. So, Biden won less than 17% of all the counties in the country but still managed to "win" the election?
Just ponder that for awhile, OK?
Posted by Dan Cirucci at 8:33 PM