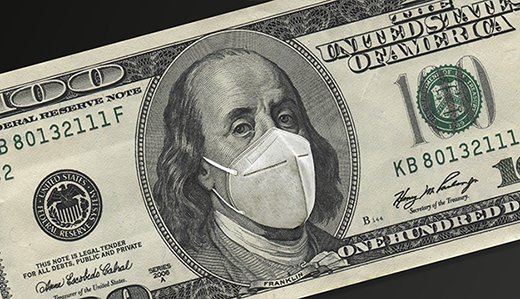 Sen. Steven Oroho and Sen. Michael Testa have introduced a bill to strip Gov. Phil Murphy of the power to spend billions in federal stimulus and relief funds without legislative approval. (Pixabay)

“Over the past year, we’ve learned why it’s so dangerous to give Governor Murphy, or any governor, the power to spend billions of dollars without legislative approval,” said Oroho, the Senate Republican Budget Officer. “Absent direct oversight, the governor has misused the authority entrusted to him through the budget to spend federal relief funds for the good of the state. He withheld billions in CARES Act funds from people who were desperate for help and diverted aid to subsidize his administration’s payroll instead of delivering relief. It’s clear the Legislature must reassert itself as the co-equal branch of government responsible for appropriating funds and take the checkbook out of Governor Murphy’s hands.”

The new legislation, S-3712, would eliminate language in the State budget that grants the executive branch the unilateral authority to appropriate any “emergency disaster aid” and “economic stimulus” funds the State receives from the federal government during the fiscal year.

Testa and Oroho said Governor Murphy refused to comply with the spirit of the existing budget language, which is intended to speed the delivery of federal relief in times of emergency. Additionally, they said the scale and scope of permitted uses of pandemic relief funds demands oversight from the Legislature and the involvement of the public.

Last April, New Jersey received $2.4 billion in relief funds from the federal government through the CARES Act to support the State’s response to the coronavirus pandemic.

A review by the State Auditor found that approximately 90% of the CARES Act funds remained unspent by the end of September, six months after the Murphy administration received it from the federal government.

Hundreds of millions of dollars was used to pay for State employee salaries with questionable links to pandemic response efforts, possibly in violation of the terms of the CARES Act.

With another $6.5 billion in federal relief funds coming to New Jersey through the recently approved ARP Act, the senators said it’s critically important to address the budget language now before more problems occur.

“Left to his own devices, Governor Murphy will make that money disappear down the darkest holes of State government and New Jersey will have nothing to show for it,” said Testa. “It’ll be like Brewster’s Millions, but with billions. After his failure with the CARES Act, we just can’t trust the governor to spend the next $6.5 billion of federal relief funds effectively. Appropriations of such importance should be considered by the Legislature in an open process with public participation.”

Earlier this month the four Republican members of the Senate Budget & Appropriations Committee outlined a responsible plan to utilize the $6.5 billion in new federal relief funds with legislative approval.