The LITERAL Truth VS The EFFECTIVE Truth . . . 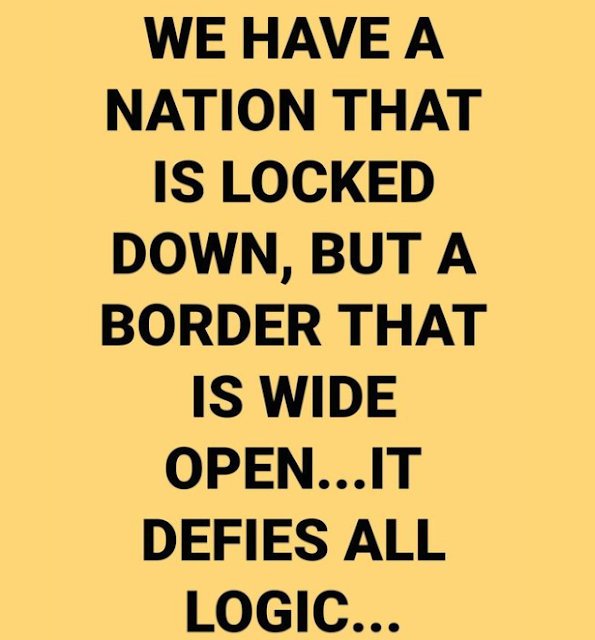 Somebody sent me a detailed fact check on the statement above that called it a LIE. Here's my response:

Don't you see that you're making the mistake of taking something literally but not seriously? The statement is not to be taken literally because it's literally less than true. But only LITERALLY. Not effectively.

And that should be obvious to any reasonable person.

Indeed, the absence of literal "truth" in no way diminishes the point, which is this: We effectively locked down our country for the better part of the year and then we began to loosen the constraints on our borders and left them vulnerable. We put massive fences and military fortifications around our own capital (and the seat of democracy) but stopped the construction of a needed fence at our very border.

BTW: Hyperbole is commonly used to make these sorts of points in everyday language. For example, you might say: She was laughing, while I was crying." A videotape of the moment, however, might not technically show her actually laughing and you might not be shedding tears or even have tears in your eyes. But she might be smiling and be mildly amused (or even laughing inside) while you may seem pensive and look somewhat hurt (or be really hurting inside). So, by stressing the contrast in this way -- you've made your point!