New Jersey State Senator Jim Holzapfel and Assemblymen Greg McGuckin and John Catalano (all R-10) said Governor Phil Murphy is doing nothing to lower the tax burden on New Jerseyans when a new study shows Garden State residents already pay more in lifetime taxes than anyone else in the country. 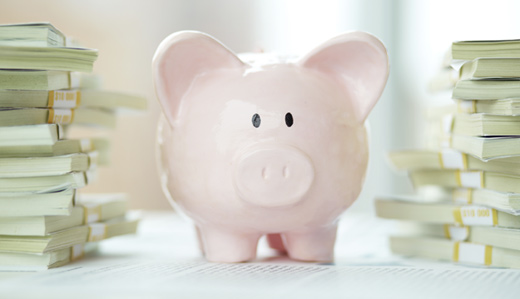 Holzapfel, McGuckin & Catalano said Gov. Phil Murphy is doing nothing to lower the tax burden on New Jerseyans when a new study shows Garden State residents already pay more in lifetime taxes than anyone else in the country. (©iStock)

“We have more proof than ever before that New Jerseyans are the highest taxed people in the country,” said Holzapfel. “Rather than try to solve that problem, Governor Murphy continues to drive the taxes we pay even higher. He’s wasting money on programs for illegal aliens while cutting aid to our school districts here in Ocean County. He’s making it harder for honest, hard-working, middle-class families to survive.”

According to a new study from Self Financial, New Jerseyans will pay the most in lifetime taxes ($931,698) and the highest percentage of lifetime earnings as taxes (49.51%) of anyone in the nation.

New Jerseyans will pay more than $100,000 more than residents of Massachusetts, whose taxpayers pay the second highest amount of lifetime taxes ($827,185) and nearly double the national average ($525,037) paid by all Americans.

“Governor Murphy has said repeatedly he doesn’t care about the cost of taxes as long as New Jersey is ‘a good value for money’ state,” said McGuckin. “Only a Goldman Sachs millionaire would think cost doesn’t matter to middle-class families. How can we be a good value if New Jersey taxpayers are paying far more than every other American for services that are available at far lower cost in every other state? It just shows that Governor Murphy is incredibly out of touch.”

The legislators noted that Governor Murphy has raised income and business taxes, taxes on health insurance and cigarettes, vehicle registration fees, and a host of other costs for New Jerseyans.

At the same time, he has slashed State aid to hundreds of school districts, including Brick and Toms River, driving up property tax bills for families that are already struggling.

“Nothing that Governor Murphy has done makes New Jersey more affordable in places like Ocean County, where people work hard and deserve an opportunity to keep some of what they’ve earned,” added Catalano. “Instead, he’s raised our taxes, hurt our schools, and told us we need to pay even more. Unfortunately, it’s the same story in rural and suburban communities all over New Jersey.”