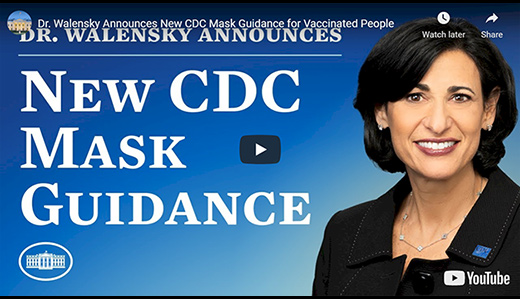 Senator Jim Holzapfel and Assemblymen Greg McGuckin and John Catalano are calling on the Governor to follow the CDC guidelines and lift mask restrictions. (The White House/YouTube)

“All along Murphy has claimed to be following the science, but now that the scientists at the CDC say people can stop wearing masks, that’s not good enough for him.

“Stop hiding behind the mask and let it go, Governor. You know you can’t hold on to your emergency powers forever. It is time to lift the mask mandate and relax social distancing rules.

“After what they have endure for the last 15 months, New Jerseyans deserve the chance to see each other smile and return to a more normal lifestyle.”