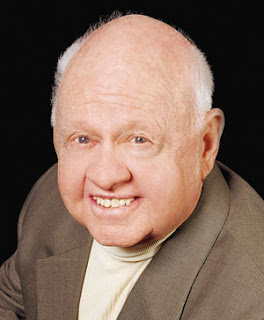 The Kennedy Center Honors recently bestowed its 32nd annual annual awards. Many great luminaries of stage, screen, music and the movies have been honored by the Kennedy Center over the years.
But one of Hollywood's greats has been neglected year after year.
Crawling onto the stage during his father’s Vaudeville act at 18 months in 1922, Mickey Rooney began a truly legendary career - one that has spanned nine decades.
Now celebrating more than 80 years in show business and with more than 200 films to his credit, Mickey Rooney is one of the last great stars of Hollywood's Golden Age. Recently he appeared in the hugely successful movie comedy "A Night At The Museum."
Mickey earned an Honorary Oscar for Lifetime Achievement, a special Juvenile Oscar he shared with Deana Durbin in 1939, five Oscar nominations, one Emmy Award, five Emmy Nominations and two Golden Globes. Mickey's career has extended through many generations and in many different directions.
Mickey Rooney is also an American patriot who served in the Army during World War II. As a regular GI, during the war he entertained frontline troops with the "Jeep Shows". The "Jeep Shows" consisted of three men in a jeep who delivered much needed entertainment to the troops in foxholes at the front. For his services in the war, Mickey was awarded the Bronze Star with clusters. In 2004 he braved the cold weather to ride with fellow World War II vets in the Inaugural Parade honoring President Bush. He has been welcomed to the White House by nearly every American president since FDR.
But Mickey Rooney has never been chosen for Kennedy Center Honors.
How long will the Kennedy Center wait to recognize this great American talent?
Posted by Dan Cirucci at 5:14 PM