So, Who Really IS The Greatest Entertainer Ever? 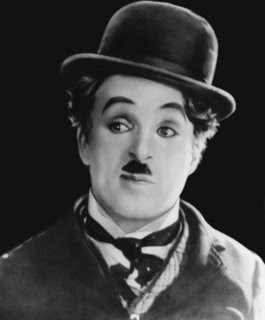 When  Michael Jackson passed away numerous speakers at his memorial service described MJ as "the world's greatest entertainer."

It's quite an accolade.
But so many others have also been exalted as "the greatest."
As long as there have been entertainers people have been trying to identify "the greatest." This has been an especially popular pastime in the modern media age.
Indeed, the 20th century has been replete with "greatest entertainers."
At Jackson's memorial someone sang the song "Smile." You know this song ("although a tear may be ever so near . . . "). But how many people know that the song was written by Charlie Chaplin?
Chaplin was not only a great movie actor but also a comedian, musician, writer, director, mime and acrobat. He started as a music hall performer in England. He surely must be considered one of the greatest entertainers ever and his work has certainly endured. His legacy is secure.
In fact, Chaplin is one of the few entertainers from his era to still be recognized throughout the world. Even today, upon seeing his photo most young people are able to identify him
Many people felt that Al Jolson was the greatest entertainer ever in his time. Jolson was a superstar before there were superstars. He electrified audiences with his live performances. But he's not easily identified today.
Still, there is no doubt that Jolson inspired people like Sammy Davis, Jr. Like Jackson, Davis was a child star. Davis sang, danced, acted and became an accomplished impersonator as well. He conquered the stage, screen, television and the movies long, long before African Americans were accepted in such roles. And, of course he charted new paths for black entertainers. Sadly, Davis died in relative obscurity and virtually broke. He did not receive the sendoff that Michael Jackson received.
One of the people who helped Davis gain a foothold was Frank Sinatra. For longevity alone Sinatra must be considered one of the greatest entertainers ever. And most people instantly recognize his distinctive voice. The "Chairman of the Board" was an entertainment empire all to himself. He produced, directed, sang, danced, acted. Let's not forget that "Ole Blue Eyes" won an Academy Award for his acting and that he starred in numerous movies.
Sinatra, Jolson, Chaplin, Davis -- they mostly created themselves.
Elvis Presley was largely created by Col. Tom Parker, his domineering manger. Parker molded an entertainment sensation - The King of Rock and Roll. Presley's career was well-managed but the control was stifling and many feel it held Elvis back. Certainly, Elvis starred in a string of forgettable flicks and he was tormented by the endless typecasting imposed on him by Parker.
Have we mentioned the great Noel Coward?
The Master, as he was known, was a playwright, director, actor, writer, composer, singer, comedian. There seemed to be nothing he could not do. And, his music is still heard and his plays are still performed today.
So many other great entertainers come to mind: Judy Garland and her daughter Liza Minelli remain two of the most sensational live performers ever to grace the stage. Liza eventually won the Oscar that her mother should have won. In fact, Liza achieved the rare distinction of winning the Grammy, Emmy, Oscar and Tony awards.
Those who saw Judy Garland in person never, ever forgot her. And she certainly dominated the movies as one of MGM's most popular stars ever.
Besides Liza, another to achieve the quadruple awards crown was Barbra Streisand. Stresand's talent (especially in her early recordings and performances) can only be described as dazzling.
She defined the word "superstar."
World's greatest entertainer?
Where do you begin?
Who would you pick?
I'm sure I left out more than a few greats.
We could argue over this for ages.
Just remember: This title should not be tossed about indiscriminately.
Posted by Dan Cirucci at 12:12 PM

Good post, Dan. For my money, nobody competes with Frank Sinatra. Though I've been listening to the Sinatra station on Sirius for years, it never ceases to amaze me that there are beautiful Sinatra songs I've never heard before. What a repertoire over so many year!