We were in Trenton today with New Jersey Governor Chris Christie as he signed the Renewed Arbitration Cap agreement which continues interest arbitration reform that provides municipalities with the help they need in negotiations with public employees and public employees unions to keep property taxes down. It matches the cap on local tax increases with a cap on salary increase.
It was a bright, sunny day in Trenton -- a day not without a bit of pomp and pageantry.
And it was great to see Democrat and Republican leaders come together to continue these important reforms.
This is a testament to Governor Christie's fine leadership which puts agreement and cooperation first.
Governor Christie has proven time and time again that he know how to bring people -- and parties -- together to get things done.
The Governor looked great and was delighted to see us today. His message to us (and to the blog) was conveyed in three words: "You're the best!"
Thanks, Governor. We're proud of you. Keep putting the taxpayers of New Jersey first! 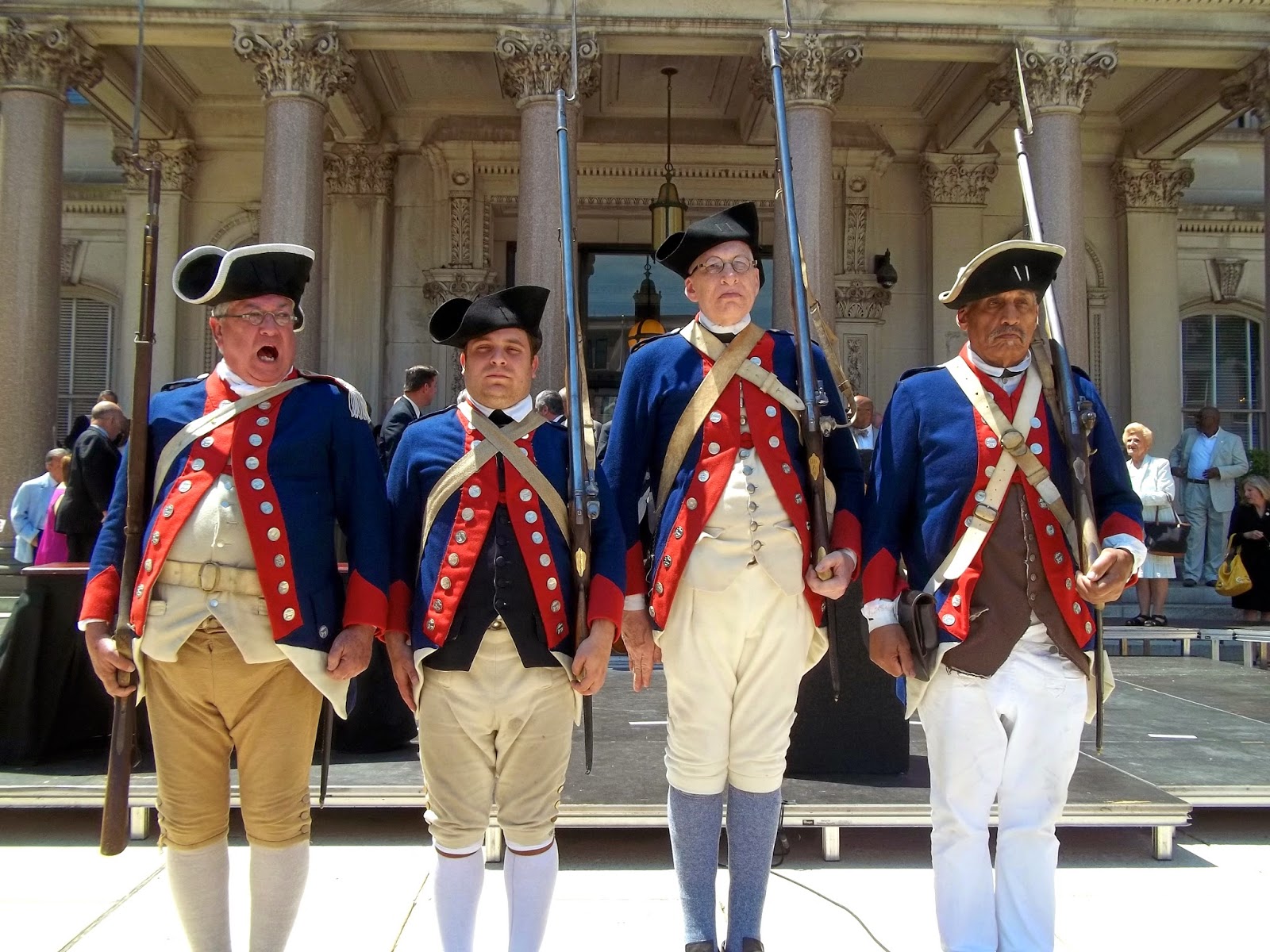 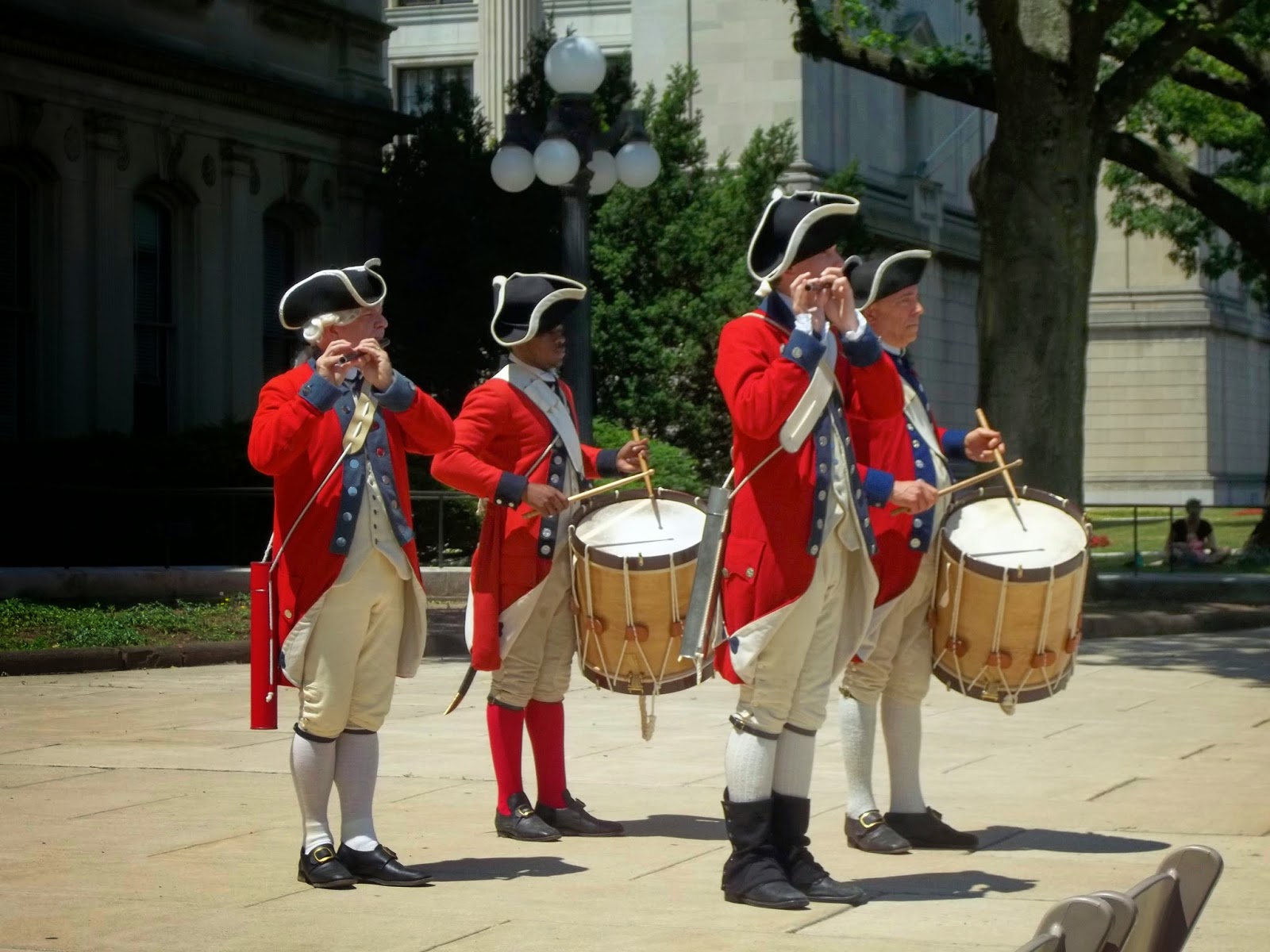 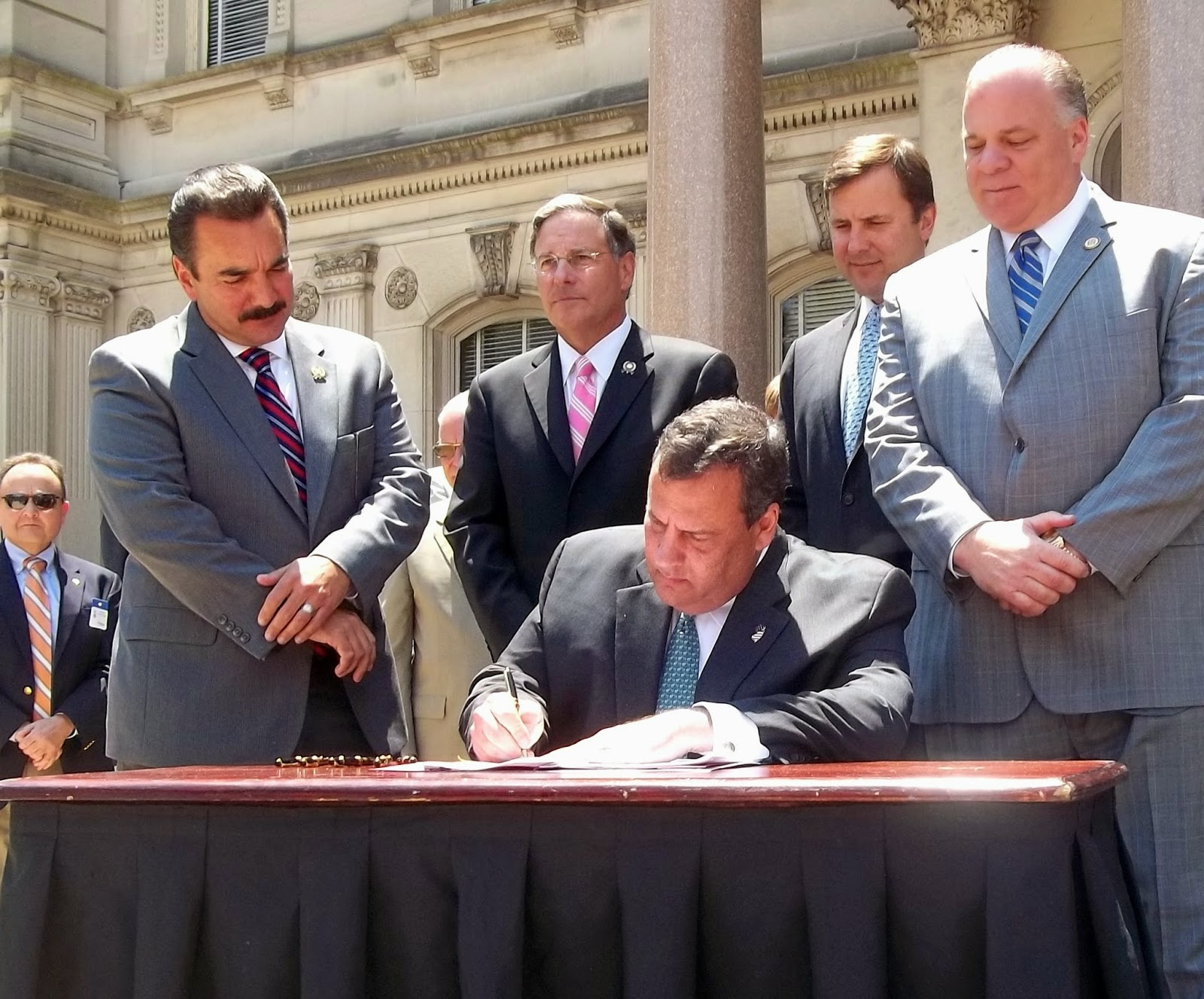 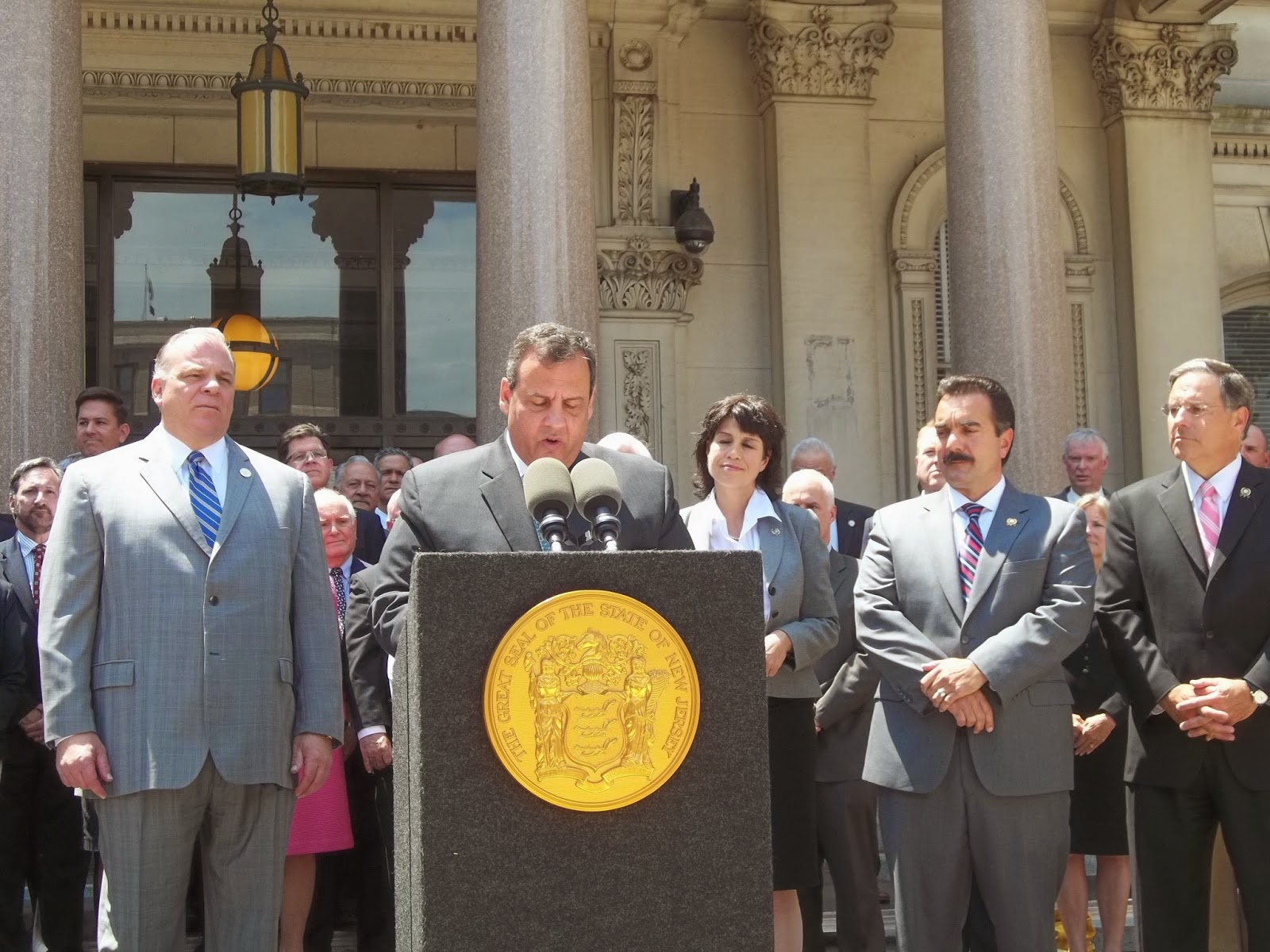 All photos copyright 2014 by Dan Cirucci.

WORKING TOGETHER TO REIN IN PROPERTY TAXES

First Passage Of The Interest Arbitration Cap: Working together with Senate and Assembly Leadership, Governor Christie signed into law transformational, long-overdue interest arbitration reform that provides municipalities with the help they need to keep property taxes down for New Jerseyans.

·         THE RESULT: “It Has Worked Exactly As Planned.” “Enter Gov. Chris Christie. In collaboration with Democratic leaders, he changed those rules to give taxpayers a fighting chance. A key provision imposed a 2 percent cap on salary increases, intended to match the 2 percent cap on property tax increases. It has worked exactly as planned.” (Editorial, “NJ Assembly Speaker Prieto Should Back Salary Cap On Police, Firefighters,” The Star-Ledger, 3/17/14)

o    “In the roughly three years after the reform took effect, the average increase in police salaries was just 1.86 percent, the smallest bump in two decades.”

Nearly 120 Mayors and Officials from across New Jersey Joined Governor Christie to call for renewal.

The New Jersey League Of Municipalities Is Urging All Mayors To Push The Assembly To Renew The Bill. “Dear Mayor: Today marks two weeks since the Governor and the State Senate acted to extend the 2% cap on interest arbitration awards. (See our April 3 Dear Mayor Letter). The League supports the Governor’s recommendations to the Interest Arbitration bill, S-1869. Please contact your Assembly representatives as soon as possible to urge them to concur with the Governor’s amendments as time is of the essence.” (New Jersey League Of Municipalities, “Status Quo on Interest Arbitration Cap Extension,” Letter To Mayors, 4/10/14)

Every Major Newspaper In The State Has Called For The Cap’s Renewal:

·         The Star-Ledger: The Arbitration Cap “Has Worked Exactly As Planned.” (Editorial, “NJ Assembly Speaker Prieto Should Back Salary Cap On Police, Firefighters,” The Star-Ledger, 3/17/14)

·         The Record: “If the arbitration cap expires, police and firefighter salaries could increase by more than 2 percent a year. That likely would force municipalities to make cuts elsewhere. That would be counterproductive.” (Editorial, “Keeping The Cap,” The Record, 3/29/14)

·         Times of Trenton: “[U]nless lawmakers act to renew it. Not to do so will upset the balance of an effective approach to reining New Jersey’s property taxes.” (Editorial, “N.J. Should Extend Interest Arbitration Cap For Police, Fire Contracts,” Times of Trenton, 3/24/14)

·         Asbury Park Press: “[Renewing the cap] is a major test of the sincerity of any public official who talks about the need to keep property taxes under control.” (Editorial, “Don't Relax Cap On Police, Fire Arbitration Awards,” Asbury Park Press, 3/26/14)

Governor Christie has called on the legislature to pass common-sense reforms that will help municipalities lower the cost of government and provide New Jerseyans with real relief from the crushing burden of high property taxes.

Governor Christie conditionally vetoed Democrats’ empty ‘reform’ bill and called on the Legislature to give municipalities greater flexibility in order to remove barriers to sharing services:

·         Local governments should not be stuck in a system that they adopted decades ago, especially if they find their continued participation in civil service to be unnecessarily burdensome and costly.

·         The Local Unit Alignment, Reorganization and Consolidation Commission determined that civil service seniority-protection rules are among the most significant barriers to shared services between municipalities.

·         The Civil Service Opt Out would be the most comprehensive way to address the barriers to shared services posed by civil service seniority rules.

·         To assist municipalities moving towards consolidation, Governor Christie announced that the Department of Community Affairs will provide grants to cover 20 percent of the cost of consolidation.

An End To Sick Leave Payouts:

Governor Christie urged the Legislature to end the practice of distributing cash payouts for sick days for government employees:

·         Governor Christie has proposed better defining the standards for qualification in order to combat these abuses.

o    As part of the state Treasury Department, the Unit will detect pension and disability fraud and ineligibility, as well as facilitate civil and criminal prosecutions where appropriate.

Governor Christie has called on the legislature to prevent municipalities from increasing user fees as a way of circumventing the 2% property tax cap:

·         This legislation will apply to funding for traditional services that were previously included the local budget.
Posted by Dan Cirucci at 6:05 PM