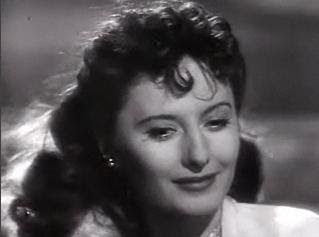 In the pantheon of Hollywood's greats, Barbara Stanwyck's star still shines bright.
Every so often Turner Classic Movies dedicates an entire day or even an entire month to Stanwyck's films in a glorious tribute to a star who was supremely classy, refreshingly human and unquestionably dedicated to her profession.
On TCM not long ago watched The File On Thelma Jordan a 1950 film starring Stanwyck and Wendel Corey. Stanwyck plays a woman who seduces an assistant district attorney and pulls him into a web of theft and murder.
The great thing about Stanwyck was that she could play a myriad of roles and she had a fine touch with both comedy and drama. And it almost didn't matter whom she was paired with. She was a trooper who could equal or best the biggest co-star. At the same time she was a wonderful ensemble player who always seemed to enjoy the support and respect of her colleagues on the set.
Like many of the great woman stars of her era Barbara Stanwyck dedicated the better part of her life to the movies. As a strong, independent woman and an accomplished professional, she was way ahead of her time. She used her smarts, her talent, her instincts and her charm to get to the top and she knew how to stay there. And she did it all while remaining very much a lady.
One things for sure: They'll be showing Stanwyck's films as long as people are watching movies. Next time you get the chance, catch one.
BTW: You can watch The File On Thelma Jordan online by clicking here.
Posted by Dan Cirucci at 10:00 AM