A True And Lasting Legend Has Left Us!

She claimed to have the longest career in show business history.
And, truth to tell, her time in the business spanned nine decades.
You came to know her by that ever-present black bow in her hair.
As a child performer she had a successful singing career. But unlike many child performers, she survived early fame and just kept going and going and going -- long before the Energizer Bunny did the same. 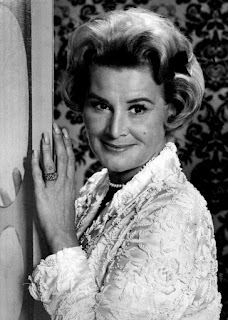 A veteran of vaudeville and one of its last surviving stars, her career included film, radio, records, theater, night clubs and television.
Her most famous role was television comedy writer Sally Rogers on the CBSsituation comedy The Dick Van Dyke Show. She later portrayed Myrna Gibbons on The Doris Day Show and was also a frequent panelist on the game show Hollywood Squares.
She was the first major star to be known simply by her first names
Rose Marie (actually Rose Marie Mazetta) is dead at the age of 94.
She is the subject of a documentary film Wait for Your Laugh (2017) which features interviews from numerous co-stars, including Carl Reiner, Dick Van Dyke, Peter Marshall and Tim Conway.
Rose Marie Mazetta was born in New York City to Italian-American Frank Mazetta and Polish-American Stella Gluszcak. At the age of three, she started performing under the name "Baby Rose Marie." At five, she became a radio star on NBC and made a series of films. Rose Marie was a nightclub and lounge performer in her teenage years before becoming a radio comedian. She was billed then as "The Darling of the Airwaves". According to her autobiography, Hold the Roses, she was assisted in her career by many members of organized crime, including Al Capone and Bugsy Siegel.
She performed at the opening night of the Flamingo Hotel, which was built by Siegel. At her height of fame as a child singer, from late 1929 to 1934, she had her own radio show, made numerous records, and was featured in a number of Paramount films and shorts.[citation needed] She continued to appear in films through the mid-1930s, making shorts and one feature picture, International House (1933), with W.C. Fields for Paramount.
In the 1960–61 season, Rose Marie co-starred with Shirley Bonne, Elaine Stritch, Jack Weston, Raymond Bailey, and Stubby Kaye in the CBS sitcom My Sister Eileen. She played Bertha, a friend of the Sherwood sisters: Ruth, a magazine writer, played by Stritch, and Eileen, an aspiring actress, Bonne's role. 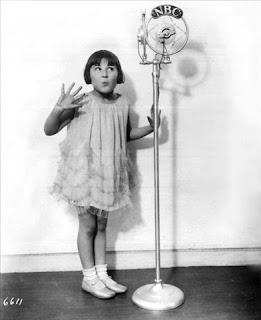 After five seasons (1961–1966) as Sally Rogers on The Dick Van Dyke Show, Rose Marie co-starred in two seasons (1969–1971) of CBS's The Doris Day Showas Doris Martin's friend and coworker, Myrna Gibbons. She also appeared in two episodes of the NBC series The Monkees in the mid-1960s. She later had a semi regular seat in the upper center square on the original version of Hollywood Squares, alongside her longtime friend and Dick Van Dyke co-star, Morey Amsterdam. She also appeared on both the 1986 and 1998 syndicated revivals.
Rose Marie performed on three 1966 and 1967 episodes of The Dean Martin Show variety series on NBC and also twice (1964 and 1968) on The Hollywood Palace on ABC.
In the mid-1970s, she portrayed, in recurring fashion, Hilda, who brought fresh doughnuts, made coffee for the team, and provided some comic relief on the police drama S.W.A.T..
In the early 1990s, she had a recurring role as Frank Fontana's mother on the CBS sitcom Murphy Brown. She appeared as Roy Biggins's domineering mother, Eleanor "Bluto" Biggins, in an episode of the television series Wings. Rose Marie and Morey Amsterdam appeared together in an October 1993 episode of Herman's Head and guest-starred in a February 1996 episode of the NBC sitcom Caroline in the City, shortly before Amsterdam's death in October of that same year.
She appeared with the surviving Dick Van Dyke Show cast members in a 2004 reunion special. Rose Marie was especially close to actor Richard Deacon from that show and offered him the suits left behind when her husband died in 1964, as the two men were of similar height and built.
Rose Marie appeared opposite Phil Silvers in the Broadway show Top Banana in 1951.
From 1977 to 1985, Rose Marie co-starred with Rosemary Clooney, Helen O'Connell, and Margaret Whiting in the musical revue 4 Girls 4, which toured the United States and appeared on television several times.
She was the celebrity guest host of a comedy play, Grandmas Rock!, written by Gordon Durich. It was originally broadcast on radio in 2010 on KVTA and KKZZ, and rebroadcast on KVTA and KKZZ again in September 2012 in honor of National Grandparents Day.

Rose Marie was married to trumpeter Bobby Guy from 1946 until his death in 1964. The couple had one daughter, Georgiana.
Rose Marie was an old-fashioned trouper -- a show biz professional who was born to be an entertainer. She was a total pro. She was real, natural, funny, immensely talented and always likable. She had her wits about her and often played the type of wise-cracking character who did not suffer fools gladly. She was the type of person who made you think the best about show business and show biz people. She made you feel at home. She was the quintessential ensemble player and she made you want to be part of whatever entertaining group she belonged to at any given time.
She will be missed!
Posted by Dan Cirucci at 8:18 PM