This Is ONE History Lesson You Won't Forget

They dismissed him as a grandstander and an outlandish poseur.
They said he was obstinate, unreliable, capricious and unnecessarily belligerant.
They sneered at him -- at first conspiring to prevent him from gaining power and later working at every turn to take it away. They called him a bully, a windbag and a war monger.
He could be bombastic and abusive to staffers and family members. He was difficult, demanding and vociferous. He was indulgent. His diet was dreadful. Sometimes he seemed contradictory.
Was he unstable? Depressed? Paranoid? Egomaniacal? Bipolar?
He sought and won early fame, loved the spotlight and eventually rose to the highest levels imaginable. He did this even though political party labels and doctrines meant little to him. Yes, he collected numerous enemies and the powers-that-be were often the objects of his disdain.
Who could we possible be talking about?
Well, look no further than the incredible, Oscar-worthy performance of Gary Oldmam in the mesmerizing new film Darkest Hour.
Yes, you might be surprised to discover that all these descriptions apply to none other than Winston Churchill, one of the seminal figures of the 20th century. And Oldmam's characterization of Churchill is a performance for the ages. 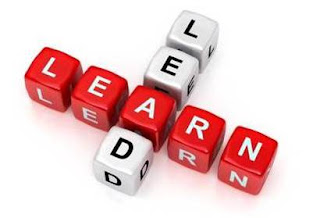 In Darkest Hour we see England at a low point. Hitler is on the march; Chamberlain and his followers still favor appeasement and Churchill is sort of a lone wolf who almost single-handedly believes that England can save itself and Europe at the last possible moment. Though Paris has been captured and Dunkirk is about to fall, Churchill defiantly forges ahead, staring down Hitler and risking everything on one daring scheme after another.
For Churchill, it's a very lonely battle. But, in one of his most hopeless moments he finds allies where he always trusted he would find them -- among ordinary, everyday people on the subway. They understand him. They share his sentiments. They're unwilling to give up. And they cheer Churchill on, even as the elites continue to do all they can to rebuff him.
Yes, in this darkest hour, even Roosevelt and other world leaders turn their backs on Churchill.
This is a tale that involves the sheer force of will. And it demonstrates the sort of persuasive power that one person can wield and the the amazing transformation that one great leader can bring about.
It also demonstrates the frequent folly of conventional wisdom.
While members of the establishment tend to reinforce their own conception of things, visionary leaders build their own new constituencies. They do it by often working against the grain, charting new paths, searching out new openings and forcing others to see things in a new light. It can be a very solitary business at times but for those who are steadfast and courageous, the rewards can include the kind of near-mortality that few achieve.
We tend to forget all this.
We get caught up in the tidy world we want to see rather than the one that really exists.
Real leadership ain't pretty. It's not blow-dried or prissy or neat. Instead, it's often messy and disruptive and unsettling. And real leaders don't come in cookie-cutter versions. They're not necessarily effusive or cheery or even somewhat normal.
Abraham Lincoln was often moody and droll. Harry Truman was considered hopelessly uncouth. Andrew Jackson was rough-hewn and salty. Teddy Roosevelt was highly theatrical and self-absorbed. FDR was cunning, mischievous and inscrutable. And George Washington was actually a bit of a loner who preferred his own company to that of "bad company" and sought quietness "devoid of ceremony." None of them fit the mold. All had their own eccentricities and all left others sometimes feeling somewhat befuddled if not downright alienated.
So, take a step back, reflect on the human condition and consider the broad sweep of things.
Then, hurry out to see Darkest Hour and learn a bit from history.
Posted by Dan Cirucci at 12:22 PM