These Numbers Will Surprise You; But Maybe NOT!

From our friends at the Save Jersey blog.
By Matt Rooney (reprinted with permission)
It’s the time in which we live, Save Jerseyans.

The New Jersey Democrat establishment and its lapdog friends in the media (here’s looking at you, Star-Ledger editorial page puppets) decided to be against the GOP federal tax reform bill, signed right before Christmas because… it was a Republican/Trump bill. They didn’t bother to wait for the final product OR do some in depth math, back of the napkin-style or otherwise, before SCREAMING at New Jersey taxpayers that they were screwed. 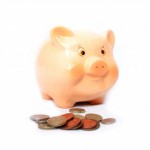 Well, now we DO have the final numbers. And for the vast majority of New Jersey residents? The bill is looking like a win-win proposition. If I was one of the hacks who’s been trashing it? I’d be embarrassed!

For example, in 2016, the median household income in New Jersey reached $76,126. So your average New Jersey married couple will now be taxed at 12% instead of 15% thanks to the new tax brackets. The vast majority of these families take the standard deduction, too, which just DOUBLED to $24,000 for married couples, and they’ll also have access to significantly augmented child tax credits.

The end result? Even with a scaled-back SALT deduction? The liberal Institute for Taxation and Economic Policy (click here to view their excel data) believes the “middle 20%” will save close to $1,000 per year. That’s real money.

The end result (per ITEP): 81% of New Jerseyans will get an absolute tax cut of some size while 11% will see some sort of hike and the remainder (8%) will see no change. 89% with no tax hike!

Digging deeper? Only about 4.2 million of New Jersey’s 8.9 million residents are actual federal taxpayers, and approximately 3.5 million of those are going to get a tax cut (another 342,000-ish won’t pay more). That means approximately 90% of New Jerseyans with actual tax liability won’t be harmed AT ALL by this bill according to a liberal institution’s analysis.
Their numbers! Not mine.
Surprised? Again, you shouldn’t be unless you get most of your information from the liberal media establishment. The numbers were never as bad they claimed (and continue to claim) even in the early stages of the pre-reconciliation legislative process. Now, after weeks of these jokers proclaiming “the end is nigh!” all over Twitter, the cable news shows and the opinion pages of newspapers like The Star-Ledger, Armageddon never materialized. They sun and stars are still in the sky, exactly where they belong. The poor haven’t been rounded up and discarded in the sewer. A myriad of major corporations — including some that employ a lot of New Jerseyans – have already announced large pay increases, bonuses and other perks for employees.
Even better: New Jersey companies are voluntarily RAISING their minimum wages! Something politicians in this state would lead you to believe could only be accomplished through compulsory legislation.

The one thing New Jersey could do to help the handful of folks who may not receive an absolute tax cut because of our abnormally awful property taxes? And those of us who could be getting MORE in our paychecks than we already will? In order to correct something that’s 100% our own fault, not Washington’s, for electing losers to Trenton? Most N.J. Democrats aren’t talking about it!

In fact, when Governor-elect Phil Murphy refused to rule out removing the $10,000 cap on deducting property taxes on our state income tax returns (a rare bit of good news!), Star-Ledger opinion editor Tom Moran had a shit fit.

New Jersey’s motto is “LIBERTY AND PROSPERITY” even though it doesn’t always feel like it. This tax reform package isn’t perfect but it removes many of the obstacles preventing millions of Americans from realizing prosperity. Here in New Jersey? Our destiny once again lies in our hands. Anyone who tells you otherwise is a liar who’s more interested in protecting the status quo than helping you and your family in 2018 and beyond. Tell them to go to hell; they don’t deserve your attention.
Posted by Dan Cirucci at 4:57 PM